Silicon Valley, California. A sculpture made from recycled computers photographed on Observatory Drive, off Mt. Hamilton Road, overlooking the Silicon Valley and downtown San Jose. The houses in the photos are owned by people in high tech business: a high speed networking company that competes with Cisco, an Apple vice-president, and a software company executive. Neighbors volunteered their cars for the photo: Mercedes, Lexus, Corvette, and a second-car Volvo. After the shoot, the wife of the Apple executive asked that we store the sculpture in the two story atrium of her house where it resided surrounded by a spiral staircase until donated to a museum. (1999). 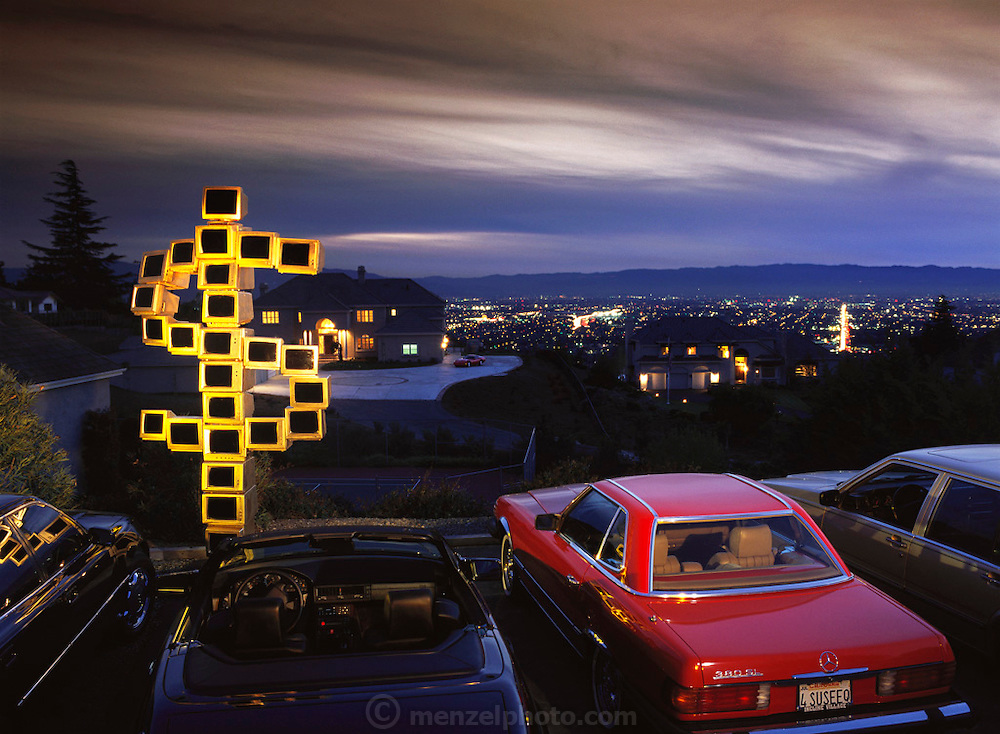