When the Three Mile Island reactor in Pennsylvania (no steam rising from the abandoned cooling towers on the left) failed catastrophically in 1979, the intense radioactivity in the plant prevented its owners from surveying and repairing the damage. Four years later, with conditions still unknown, Carnegie Mellon engineer William L. "Red" Whittaker designed several remote-controlled robots that were able to venture into the radioactive plant. From the book Robo sapiens: Evolution of a New Species, page 140. 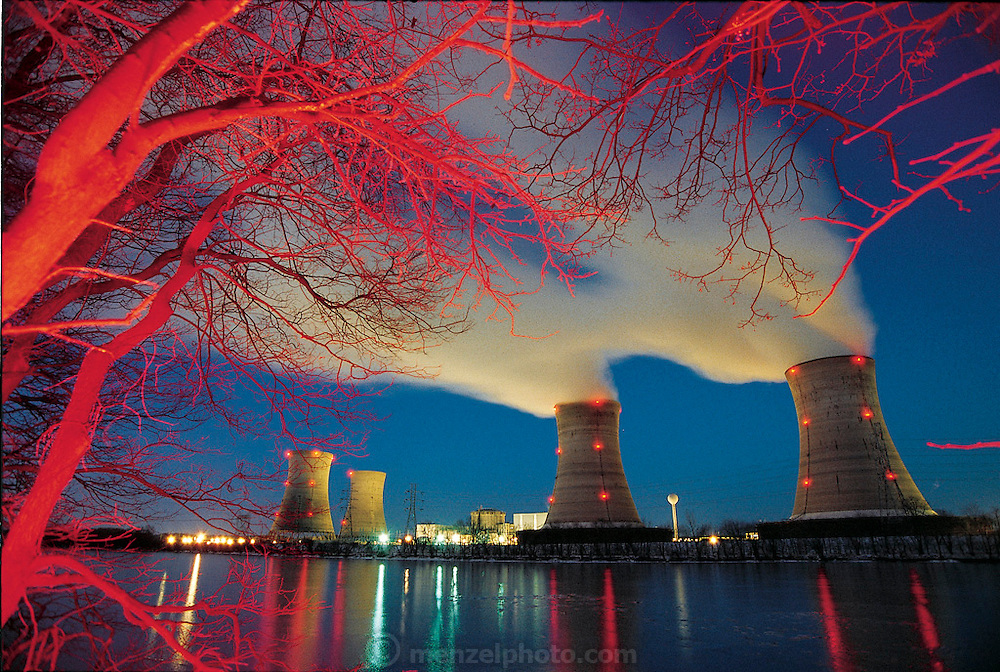