Fossil fraud: Christian Ratsch, a fossil expert, holding a stone containing three fossilized trilobites. The three fossils are, themselves, genuine, but had been bonded together to raise their collective price. An amateur collector may not have noticed this fraud. The trilobites are an extinct class of marine arthropods, which lived between the Cambrian Era (570 million years before present) and the Permian Era (230 million years BP). Although generally small in size, averaging 8cm in length, some specimens of 70cm length have been seen. MODEL RELEASED (1991) 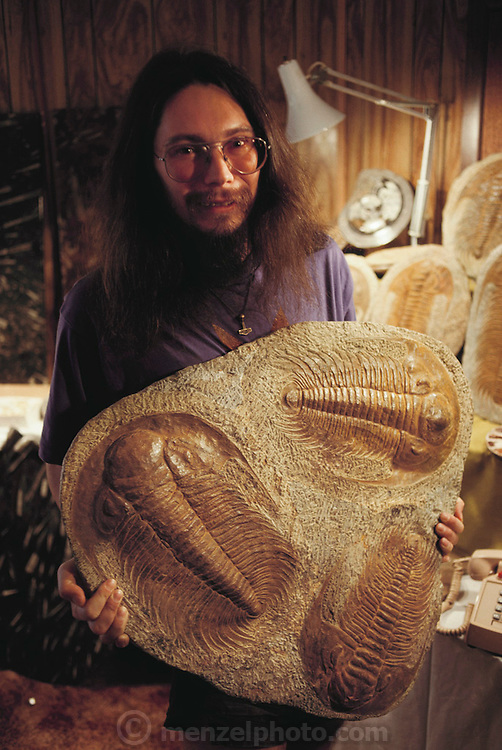