A fish vendor in the market area near the train station of Kodaira City, outside Tokyo shows the "wing span" of a flying fish. The fish shop is one of Sayo Ukita's stops on her daily shopping bike ride from her home. As might be expected in an island nation, Japanese families eat a wide variety of seafood: fish, shellfish, and seaweed of all kinds. In any given week, the Ukitas will eat at least a dozen different kinds of fish and shellfish, and three varieties of seaweed. (Supporting image from the project Hungry Planet: What the World Eats) The Ukita family of Kodaira City, Japan, is one of the thirty families featured, with a weeks' worth of food, in the book Hungry Planet: What the World Eats. 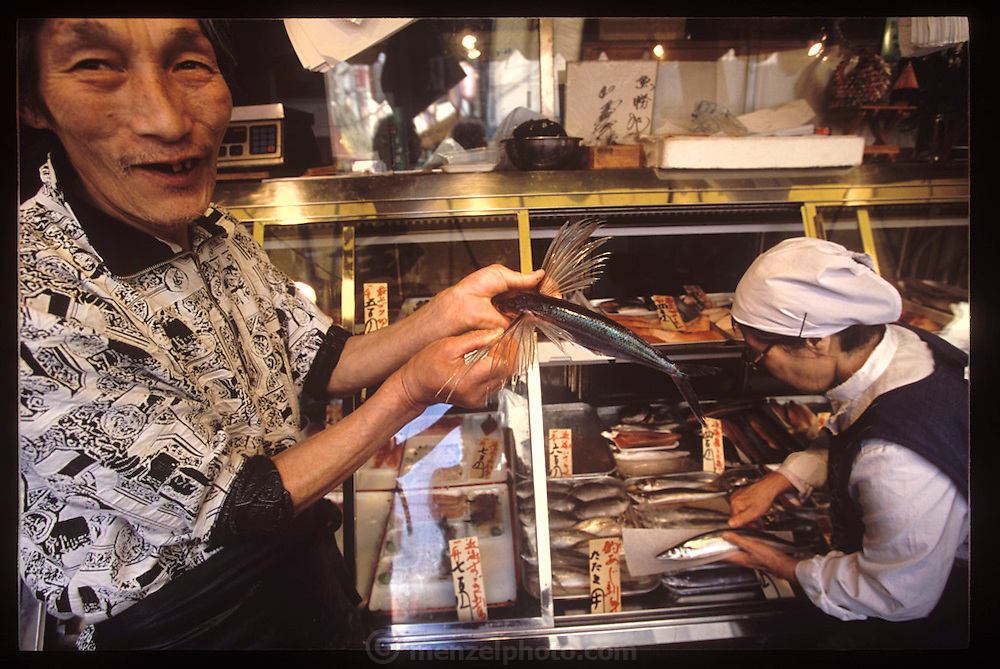