Looking into the eyes of Jack the robot, Gordon Cheng tests its response to the touch of his hand. Researchers at the Electrotechnical Lab at Tsukuba, an hour away from Tokyo, Japan, are part of a project funded by the Japanese Science and Technology Agency to develop a humanoid robot as a research vehicle into complex human interactions. With the nation's population rapidly aging, the Japanese government is increasingly funding efforts to create robots that will help the elderly. Project leader Yasuo Kuniyoshi wants to create robots that are friendly and quite literally soft, the machinery will be sheathed in thick padding. In contrast to a more traditional approach, Kuniyoshi wants to program his robot to make it learn by analyzing and fully exploiting its natural constraints. From the book Robo sapiens: Evolution of a New Species, page 56-57. 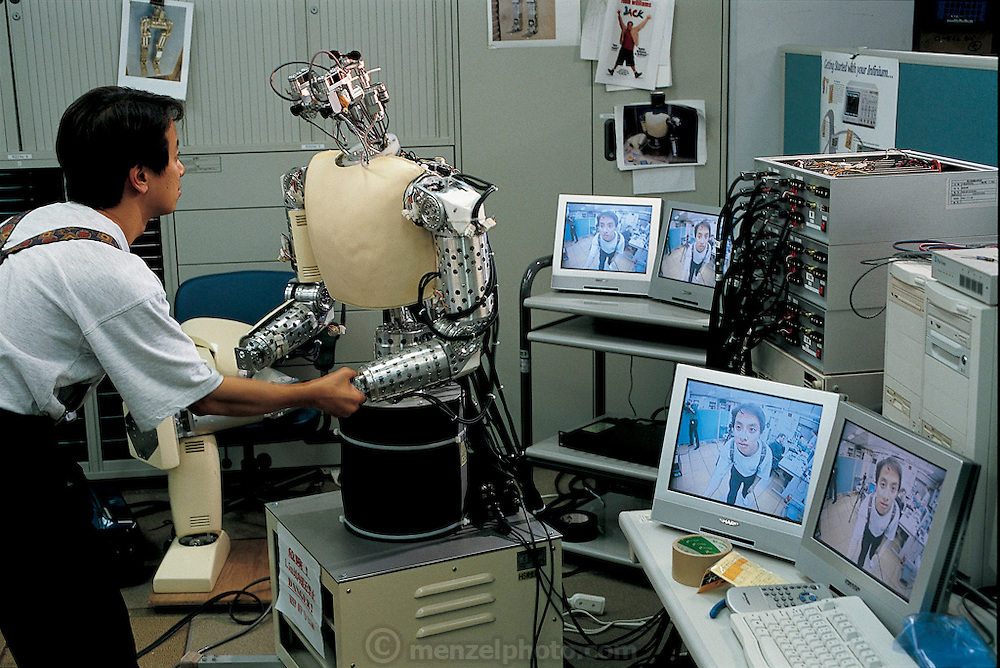