Hunting for fossils: Mine owner Bob Foster displays fossil dinosaur remains found in an opal mine at "he Sheepyards" mine area of Lightning Ridge, southern Australia. Fossil excavations usually follow existing mining operations. The seam of opal-bearing rock is about 100-120 million years old, laid down during the mid-Cretaceous Period, a time of rich diversification of dinosaur species. Australian fossils are particularly interesting, as at that time the continent was much closer to the South Pole than today. This means that many dinosaurs would have had to cope with long periods of permanent darkness during the winter months. MODEL RELEASED [1989]. 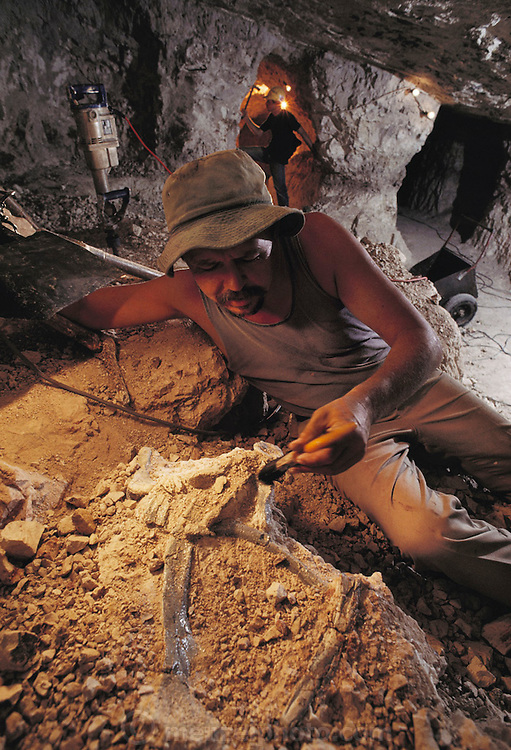