David Scharf, US electron microscopist and photographer. He was educated in physics in New Jersey, and then worked at a variety of electronics and aerospace companies using conventional photography. He first used a scanning electron microscope (SEM) while at an aerospace company. Shortly after this he decided to become a photographer specializing in images of the very small. Scharf has his own SEM, linked to a computer for control and coloring of his images. He has been published in journals such as Life, National Geographic and Geo. He has published a book of his SEMs entitled Magnifications. Photographed at his home in Los Angeles. Model Released. 1994. 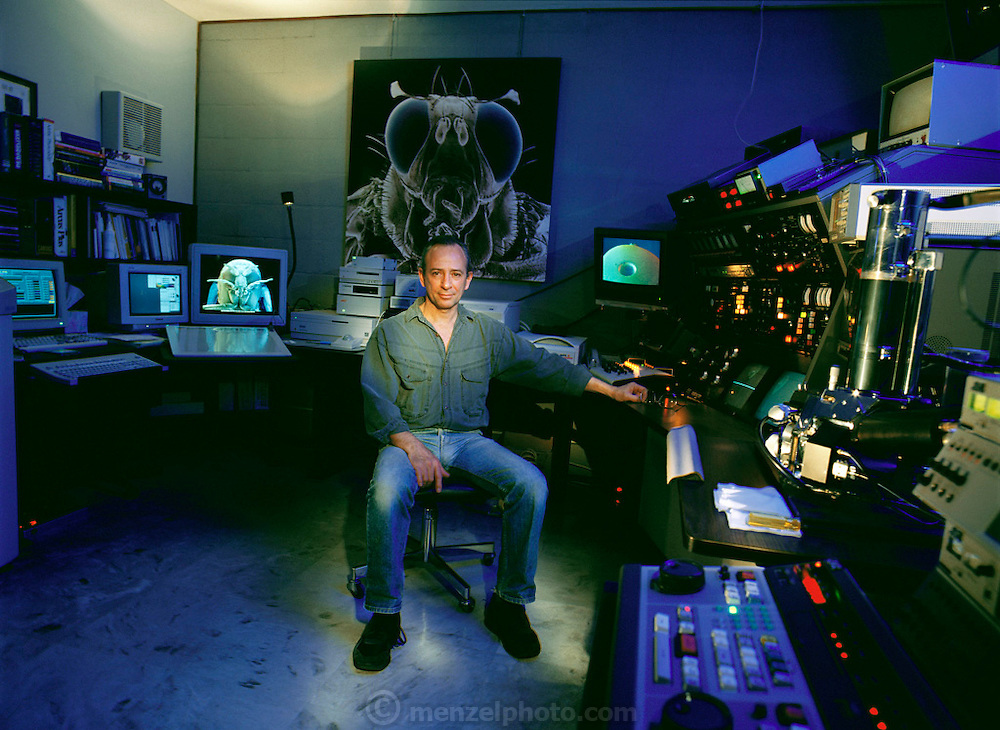