Abdel Karim Aboubakar, a Sudanese refugee, with his day's worth of food in the Breidjing Refugee Camp in eastern Chad near the Sudanese border. (From the book What I Eat; Around the World in 60 Diets.) The caloric value of his day's worth of food on a typical day in the month of November was 2300 kcals. He is 16 years of age; 5 feet 9.5 inches tall; and 110 pounds. He escaped over the border from the volatile Darfur region of Sudan into eastern Chad with his mother and siblings, just ahead of the Janjawiid militia that were burning villages of ethnically black African Sudanese. Like thousands of other refugees, they were accepted into the camp program administrated by the Office of the United Nations High Commissioner for Refugees (UNHCR). Their meals are markedly similar to those they ate in their home country, there's just less of it. They eat a grain porridge called aiysh, with a thin soup flavored with a dried vegetable or sometimes a small chunk of dried meat if Abdel Karim's mother has been able to work in a villager's field for a day or two. MODEL RELEASED. 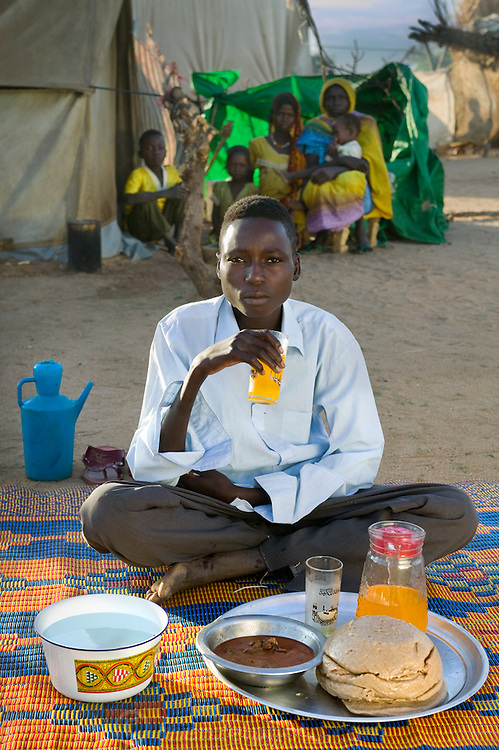