Much Australian food is similar to the foods found in Europe or the U.S. (shown here are local variants of the cereal known to Americans as Rice Krispies). But some are distinctly Australian, including, notoriously, the yeast-extract spreads. The most famous of these is Vegemite, bought by Kraft from its Australian creators. Other brands include the locally manufactured Mightymite and Promite (a sweeter version). Some Australians still hold out for Marmite, the British original. Hungry Planet: What the World Eats (p. 34). This image is featured alongside the Molloy family images in Hungry Planet: What the World Eats. 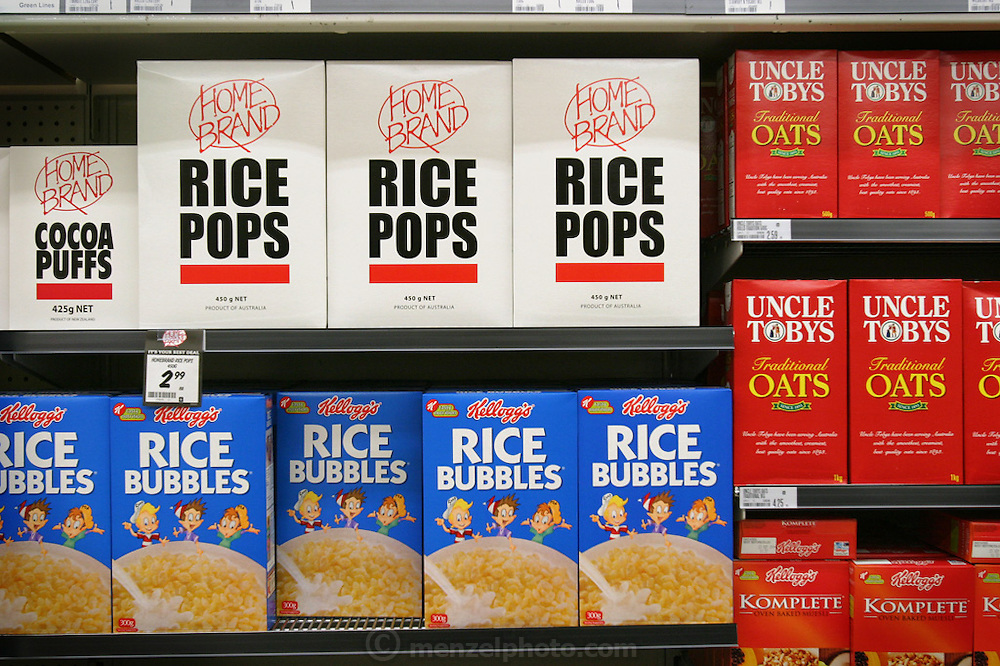