Virtual reality. Jamaea Commodore wears a virtual reality headset and data glove appears immersed in a computer-generated world. Virtual reality headsets contain two screens in front of the eyes, both displaying a computer- generated environment such as a room or landscape. The screens show subtly different perspectives to create a 3-D effect. The headset responds to movements of the head, changing the view so that the user can look around. Sensors on the data glove track the hand, allowing the user to manipulate objects in the artificial world with a virtual hand that appears in front of them. Model Released (1990) 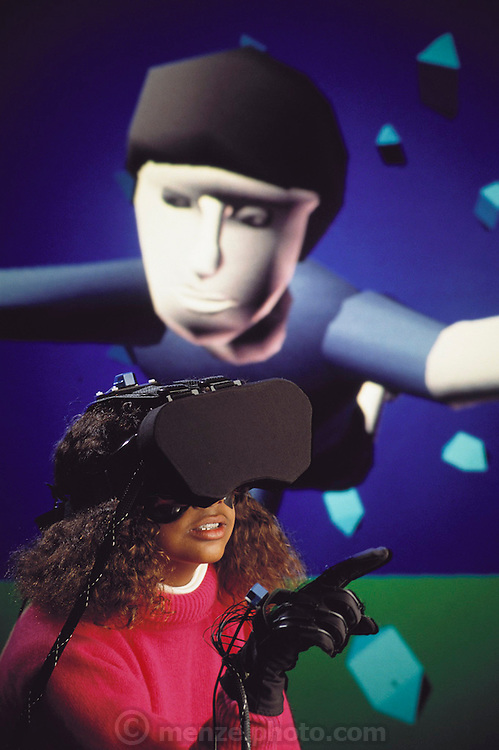