GRE04.0379.xf1brw (MODEL RELEASED IMAGE). The Madsen family on a day of dogsled travel. When the snow crust is hard enough to ensure that the dogs won’t break through, they can pull the half-ton weight of the sled for hours on end. On level ground, the animals pull at about the pace of a running human, but the sleds can whip down hills so fast that drivers must step on the brake at the rear of the sled to avoid running over their dogs. (Supporting image from the project Hungry Planet: What the World Eats.) /// The Madsen family of Cap Hope village, Greenland is one of the thirty families featured, with a weeks’ worth of food, in the book Hungry Planet: What the World Eats. The family consists of Emil Madsen, 40, his wife Erika, 26, and their children Abraham, 12, Martin, 9, and Belissa, 6. (Please refer to Hungry Planet book p. 144-145 for a family portrait [Image number GRE04.0001.xxf1rw] including a weeks’ worth of food, and the family’s detailed food list with total cost.) 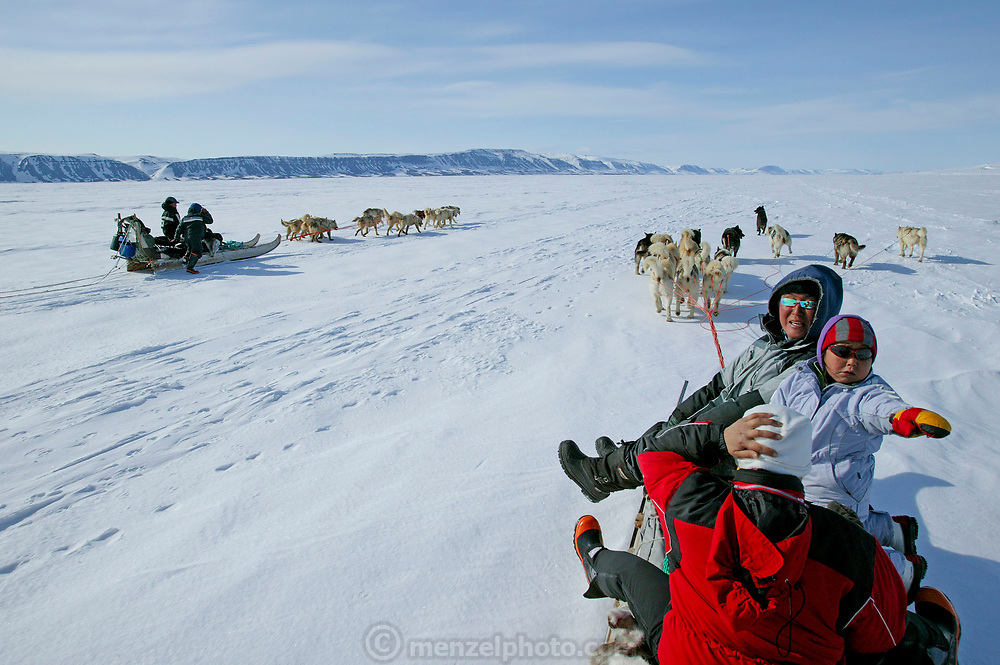