Hindu holy men prepare tea at the Kumbh Mela festival in Ujjain, Madhya Pradesh, India. The Kumbh Mela festival is a sacred Hindu pilgrimage held 4 times every 12 years, cycling between the cities of Allahabad, Nasik, Ujjain and Hardiwar. Participants of the Mela gather to cleanse themselves spiritually by bathing in the waters of India's sacred rivers. During the festival hundreds of ashrams set up free cafeterias and dusty, sprawling camps that stretch for miles. Thousands of Hindu pilgrims file past the different groups on the way to and from the river and their own dusty camps. (Supporting image from the project Hungry Planet: What the World Eats.). 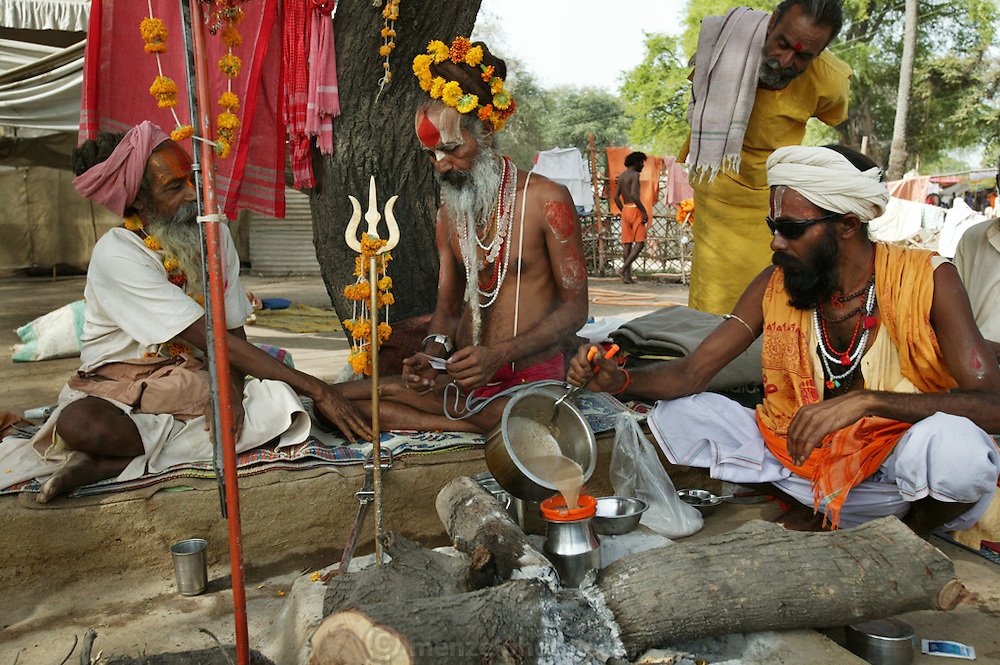