Iranian boys sit around a fire near the abandoned Zoroastrian towers of silence in the city of Yazd, Iran. Zoroastrians brought their dead to towers of silence, where their bodies would be eaten by birds before the practice was outlawed by the Iranian government. The bodies of the dead were considered unclean by Zoroastrians and so corpses were put atop the towers (often hilltops) so that the earth would not be polluted by the remains. Today Zoroastrians in the community are buried in a nearby cemetery , although placed so that the body does not touch the earth. 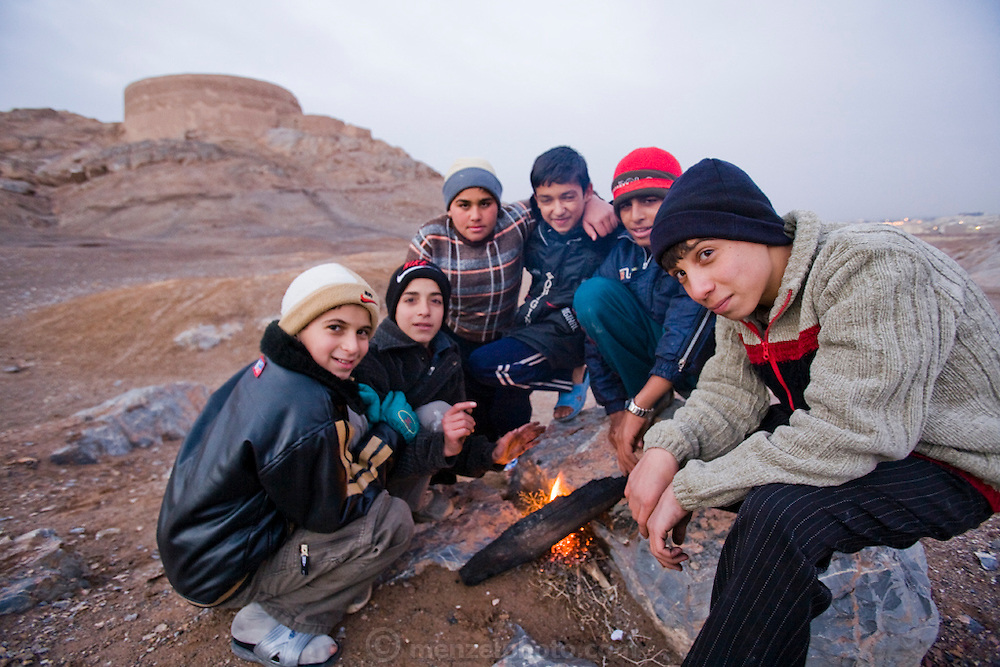