Known as the founder of modern industrial robotics, 74-year-old Joseph Engelberger hitches a ride around his workplace on LabMate. A now-standard platform that companies use for a variety of autonomous robots, LabMate is manufactured by HelpMate, the Danbury, CT company Engelberger founded in 1984. (He sold the company in 1999 to Pyxis, a subsidiary of Cardinal Health, a health-maintenance organization in Ohio, but remains there as a consultant.) Engelberger's interest in robotics dates back to his days as a physics and engineering student. In the 1960s he founded Unimation, the first company that made large robots for automobile factories. Recently Engelberger has devoted more of his energies to making robots that can move about and interact with people, the focus of HelpMate. From the book Robo sapiens: Evolution of a New Species, page 187. 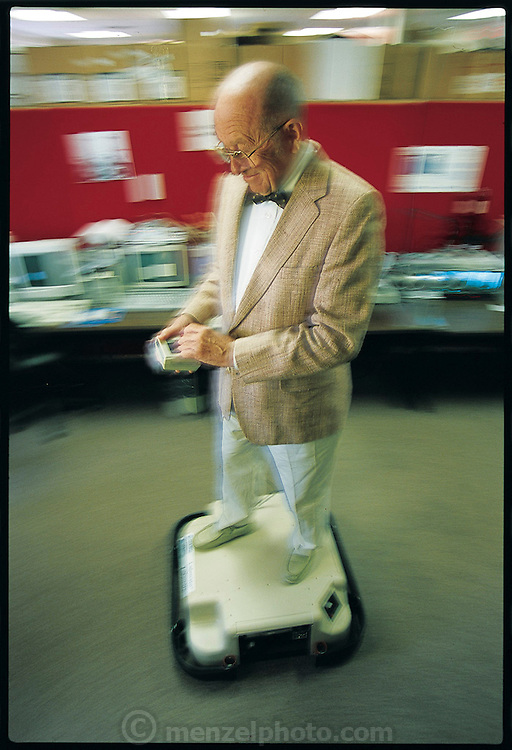