A dead Iraqi soldier surrounded by unexploded landmines in the Manageesh Oil Fields in Kuwait near the Saudi border. Huge amounts of munitions were abandoned in Kuwait by retreating Iraqi troops in February, 1991. Also, nearly a million land mines were deployed on the beaches and along the Saudi and Iraqi border. In addition, tens of thousands of unexploded bomblets (from cluster bombs dropped by Allied aircraft) littered the desert. More than 700 wells were set ablaze by retreating Iraqi troops creating the largest man-made environmental disaster in history. 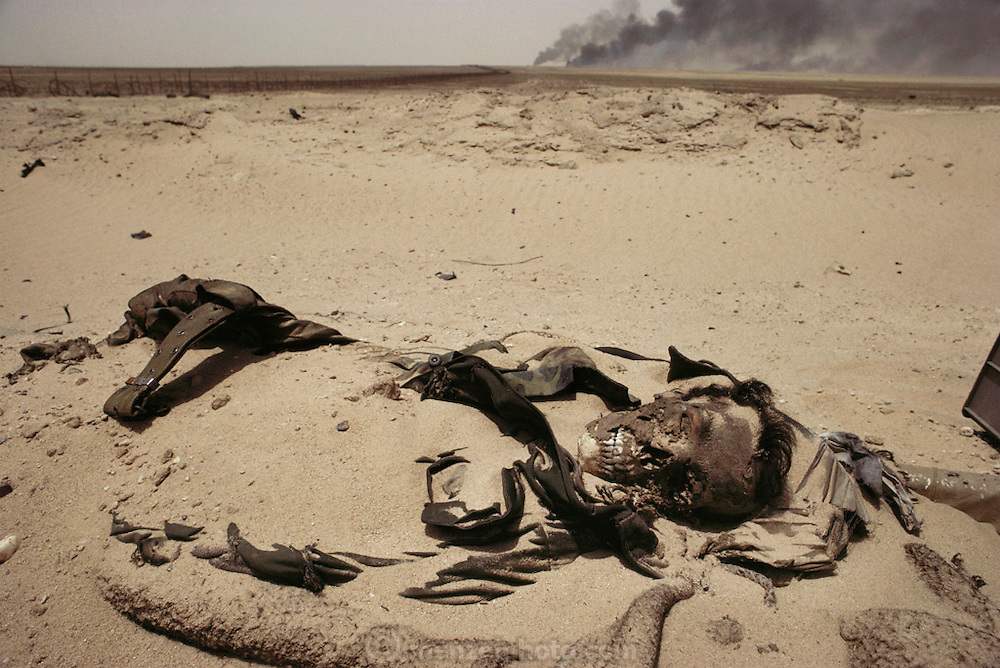