(MODEL RELEASED IMAGE). Two hours later, lunch is ready. Six-year-old Cui Yuqi reaches for a piece of smoked chicken in the family's kitchen house. Other foods on the table include (clockwise from bottom) cauliflower and beef; pig's feet; dried tofu curd and cucumber; cucumber and beef; steamed egg-white custard; stir-fried green peppers and beef. The tomatoes in the center were picked from their kitchen garden that morning. Hungry Planet: What the World Eats (p. 88). The Cui family of Weitaiwu village, Beijing Province, China, is one of the thirty families featured, with a weeks' worth of food, in the book Hungry Planet: What the World Eats. 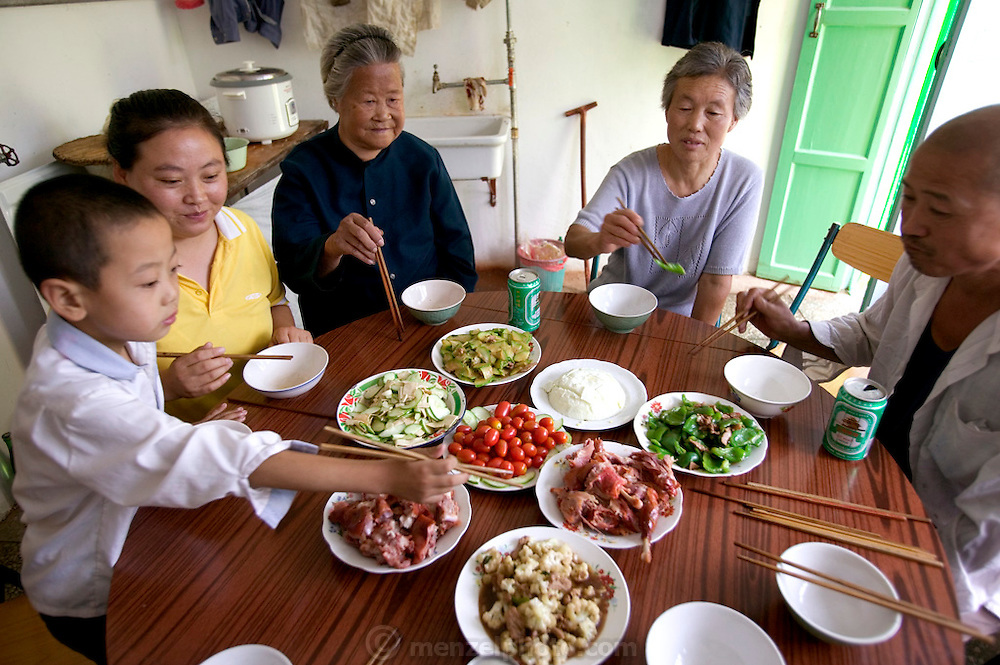