By 8:00 a.m. Giuseppe Manzo and his six co-workers have already spent an hour setting up the fish stand in Palermo, Sicily. In addition to rolling out the red tarps and unfolding the display tables, they must cut and ice the fish, devoting special attention to Sicily's beloved (and increasingly endangered) pesce spada (swordfish), freshly cut chunks of which he arranges around its severed head. Ten hours later, the crew will reverse the process, storing everything for the night. (Supporting image from the project Hungry Planet: What the World Eats.) 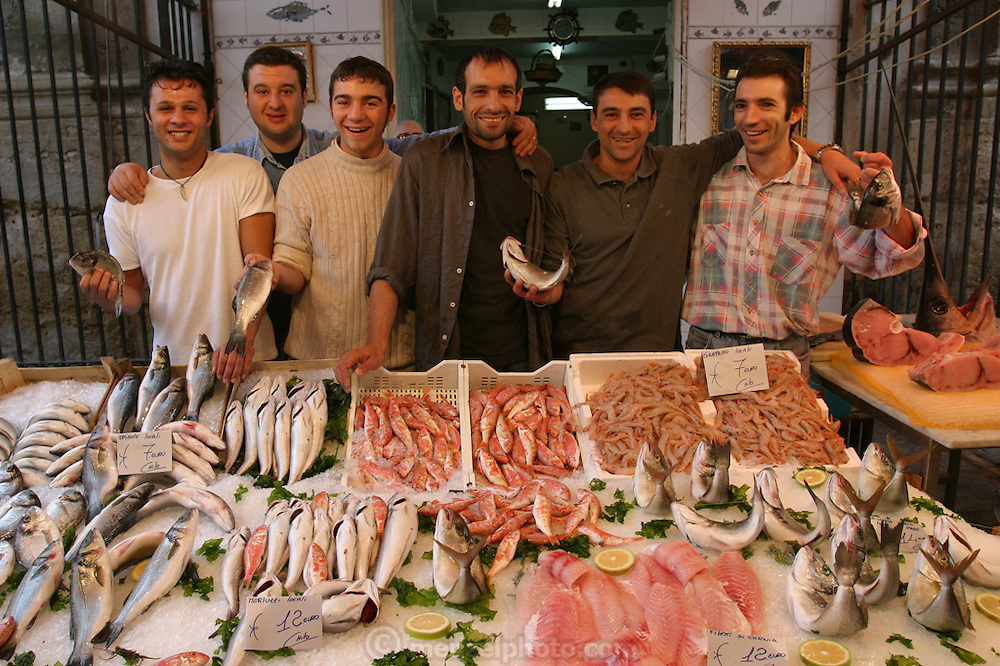