Usa.mw2.18.120.xs..The Caven Family with all of their material possessions, except for more boxes of books stored in the garage, American Canyon, California. Craig Caven, 38, and Regan Ronayne, 42, and their two children, Andrea, 5, and Ryan 3, live in a multi-cultural bedroom community called American Canyon, California, about one hour north of San Francisco. The photograph was made by Peter Menzel and patterned after his 1994 book, Material World: A Global Family Portrait. {{Until 1995, the Caven's were living in San Diego, California, where they met while in school at the University of California, San Diego. Since then, they have lived in American Canyon. Regan (pronounced with a long ?e?) Ronayne works a part-time schedule as a college counselor at UC Berkeley, California, and Craig is a drama and history high school teacher in a school district north of American Canyon. Their two children attend a daycare center on the days that Regan works. Both parents have a substantial commute from their single-family home in American Canyon, California. They share childcare, but Regan is the main caregiver; she worked half time after Ryan was born and only recently has returned to working 4 days a week. Craig's position as drama teacher keeps him at work late at night during play rehearsals and performances; it's not unusual for him to get home after 9 p.m. although his day starts before 8 a.m.}} .{{Do the Cavens have a most treasured possession? Craig would choose his large collection of books that threatens to overwhelm the house. Regan chooses the family photo album. A small army of McDonald's Happy Meal toys inhabits a corner of the kitchen. There's a wooden swing and climbing set. The family has three bedrooms, two bathrooms, a kitchen, a dining room/living room combination, a study and a garage. The Cavens are considering putting a second story on their house, which at 1100 square feet is bursting at the seams.}}. 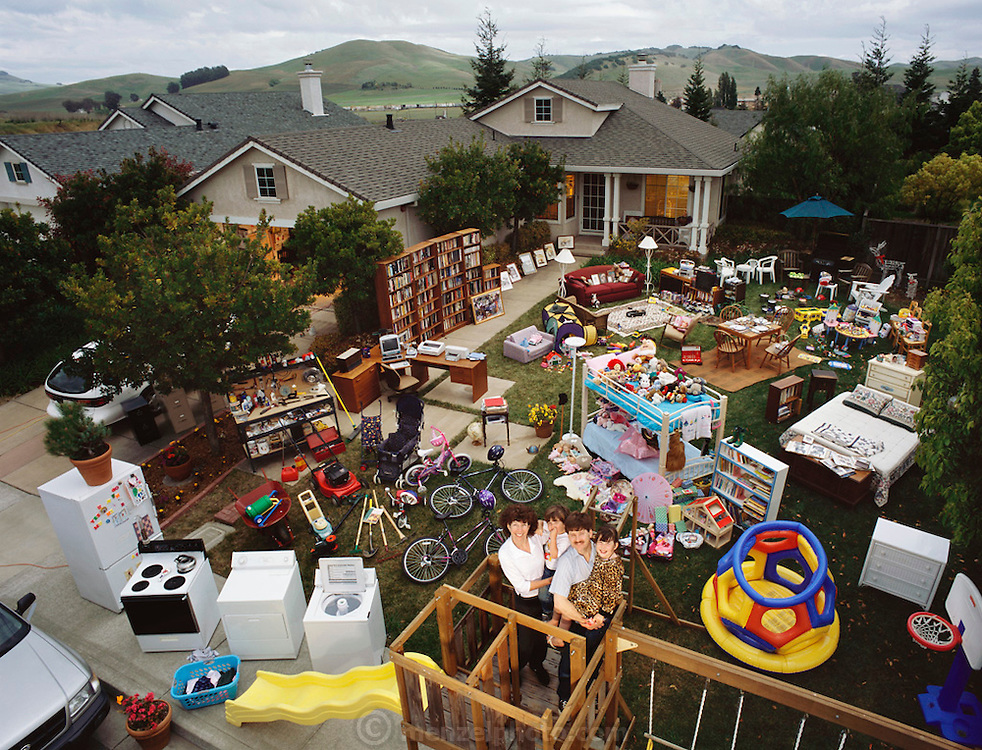