Napa Valley, California: Atlas Wildfire, October 2017. United States: The Atlas Wildfire advances toward the home of Peter Menzel and Faith D’Aluisio in the eastern hills of the Napa Valley, California, on October 10, 2017 at about 4 AM. The fire started nearly 30 hours earlier, and when finally contained a week later, had burned more than 50,000 acres and 700 structures, killing 6 people. After more than two decades of preparing their structures and property for wildfire, the couple declined to evacuate—estimating that the odds of saving their home and studio were better if they stayed. They decreased ladder fuel and watered grounds and structures over 45 hours, and with the help of the U.S. Forest Service and Cal Fire, saved their home and office from burning. The fire charred about 50 acres of their 69-acre property.
A multi-year drought in California followed by a record heavy rainy season resulted in copious vegetation, which dried out during the summer and fall and provided abundant fuel for a perfect storm for a firestorm—high winds and low humidity.
After a career spent photographing extremes and catastrophes around the world, when the disaster threatened their home, Menzel documented the wild land fire while chain-sawing limbs from trees and setting hose, as he worked with his wife and first responders to save their property.
Statistic sources:
California Droughts Compared | USGS California Water Science Center 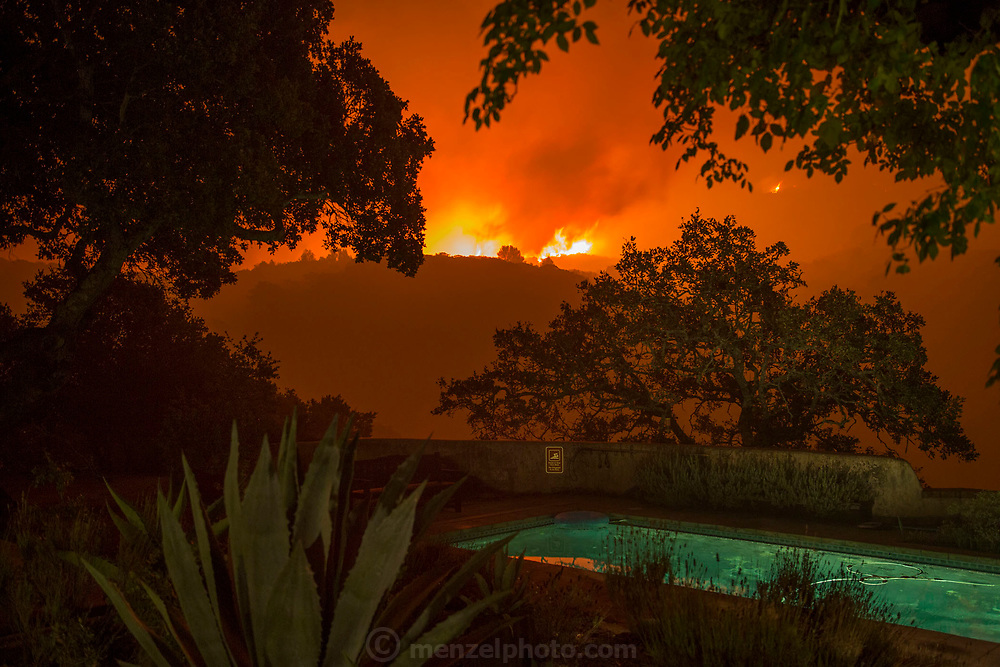