A bride and groom visit a Buddhist monastery in Ulaanbaatar, Mongolia. Marriage. Traditionally, Buddhist monasteries were centers both of learning and of power in Mongolia. In the 1930s, this power became the focus of a ruthless series of purges that reached a climax in 1937. Most of the country's monasteries were destroyed, and as many as 17,000 monks were killed. Monasteries are being restored and are once again crowded with worshipers. Material World Project. 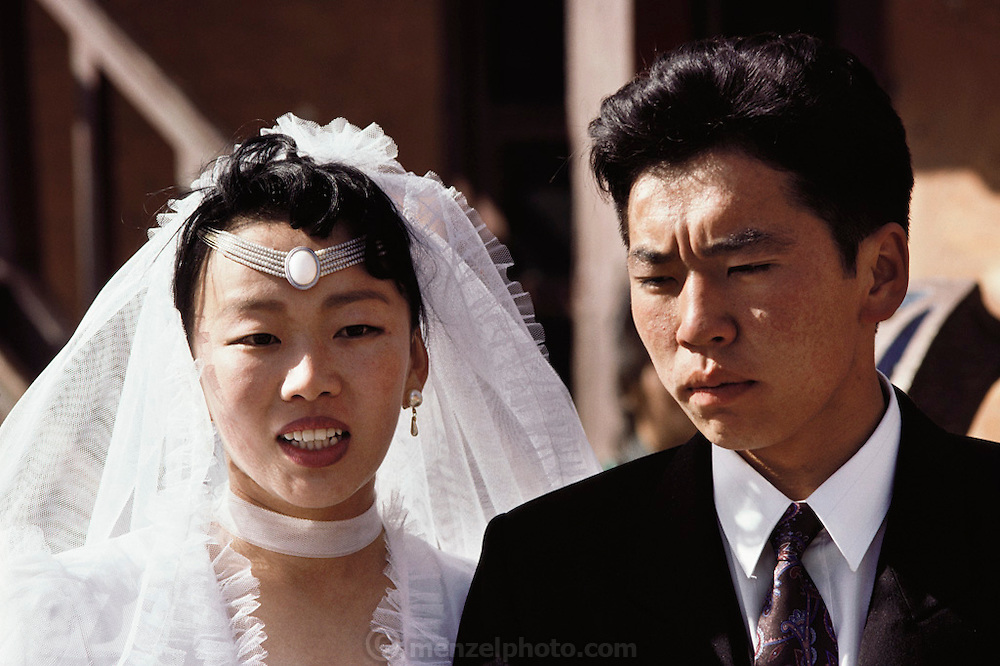