Colombo, Sri Lanka..Sir Arthur C. Clarke sits in his wheelchair (he has post-polio syndrome) upon a checkerboard-patterned area outside the grand seaside Galle Face Hotel in Colombo, Sri Lanka. Clarke wrote 3001, the last book of his acclaimed science fiction series while living in this hotel. (He wrote 2001 while living in the Chelsea Hotel in New York City). Protecting Clarke from the fierce noon sun, is the hotel doorman, Kattarapatte Chadthu Kuttan, 70, who has worked at the Galle Face Hotel for 58 years, since age 12. (2001) Best known for the book 2001: A Space Odyssey. MODEL RELEASED 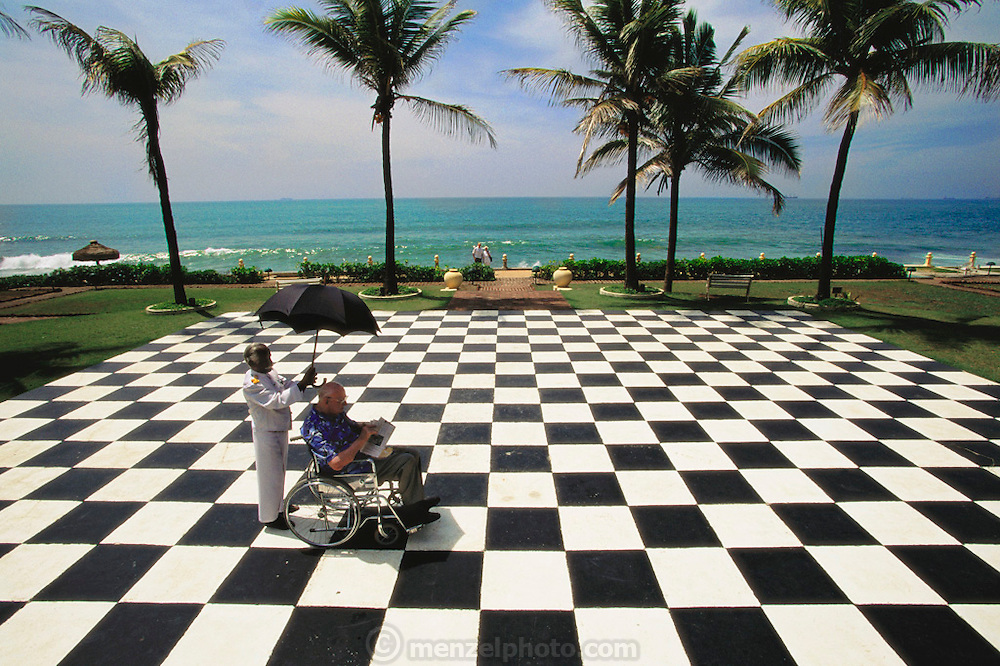