In a situation all too familiar to robotics researchers, Atsuo Takanishi (on right) is trying to make his creation work. His research team's robot, WE-3RIII (Waseda Eye Number 3 Refined Version III) can follow a light with its digital-camera eyes, moving its head if needed. In the laboratory the robot worked perfectly, its movements almost disconcertingly lifelike. But while being installed at a robot exhibit in Tokyo, WE-3RIII inexplicably and violently threw back its head, tearing apart its own wiring. Now Takanishi and one of his students are puzzling over the problem and will solve it only in the early hours of the morning before the exhibit opened. Japan.From the book Robo sapiens: Evolution of a New Species, page 40-41.. 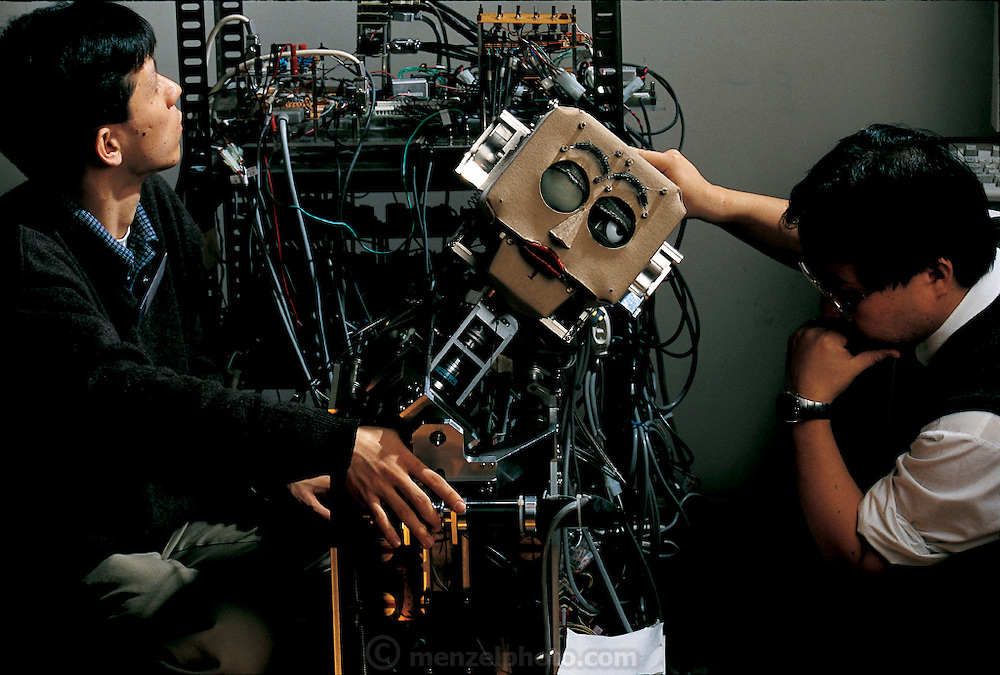