USA_SCI_BIOSPH_83_xs
Biosphere 2 Project undertaken by Space Biosphere Ventures, a private ecological research firm funded by Edward P. Bass of Texas. Carl Hodges, Director of the Environmental Research Lab at the University of Arizona and a consultant of the project. Biosphere 2 was a privately funded experiment, designed to investigate the way in which humans interact with a small self-sufficient ecological environment, and to look at possibilities for future planetary colonization. The $30 million Biosphere covers 2.5 acres near Tucson, Arizona, and was entirely self- contained. The eight ‘Biospherian’s’ shared their air- and water-tight world with 3,800 species of plant and animal life. The project had problems with oxygen levels and food supply, and has been criticized over its scientific validity. MODEL RELEASED 1989 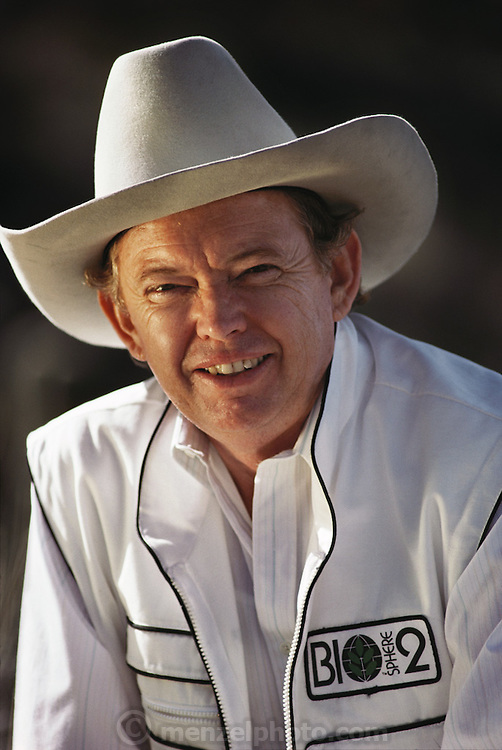