John Manley - assistant to Oppenheimer for the Manhattan Project. Photographed in one of the original boy's camp lodges in Los Alamos, New Mexico, (1988) The Manhattan Project refers to the effort during World War II by the United States, in collaboration with the United Kingdom, Canada, and other European physicists, to develop the first nuclear weapons. Formally designated as the Manhattan Engineering District (MED), it refers specifically to the period of the project from 1942-1946 under the control of the U.S. Army Corps of Engineers, under the administration of General Leslie R. Groves, with its scientific research directed by the American physicist J. Robert Oppenheimer. The project succeeded in developing and detonating three nuclear weapons in 1945. MODEL RELEASED 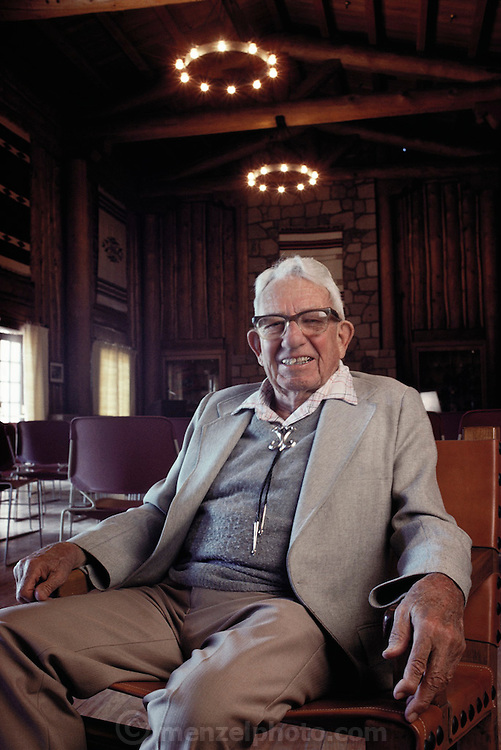