UFO museum exhibit. UFO crash diorama exhibit in the UFO Enigma Museum in Roswell, USA. The town has many tourist attractions around the theme of UFO's. It was near Roswell on the evening of 2 July 1947 that many UFO sightings were reported during a thunderstorm. Next morning a rancher, Mac Brazel, discovered strange wreckage in a field. When the impact site was located, a UFO craft and alien bodies were allegedly found. On 8 July 1947, the Roswell Daily Record announced the capture of a flying saucer. The official explanation was that it was a crashed weather balloon. Many Roswell inhabitants, however, believe this a cover up, and Roswell has become a symbol for UFO enthusiasts. Model Released (1997) 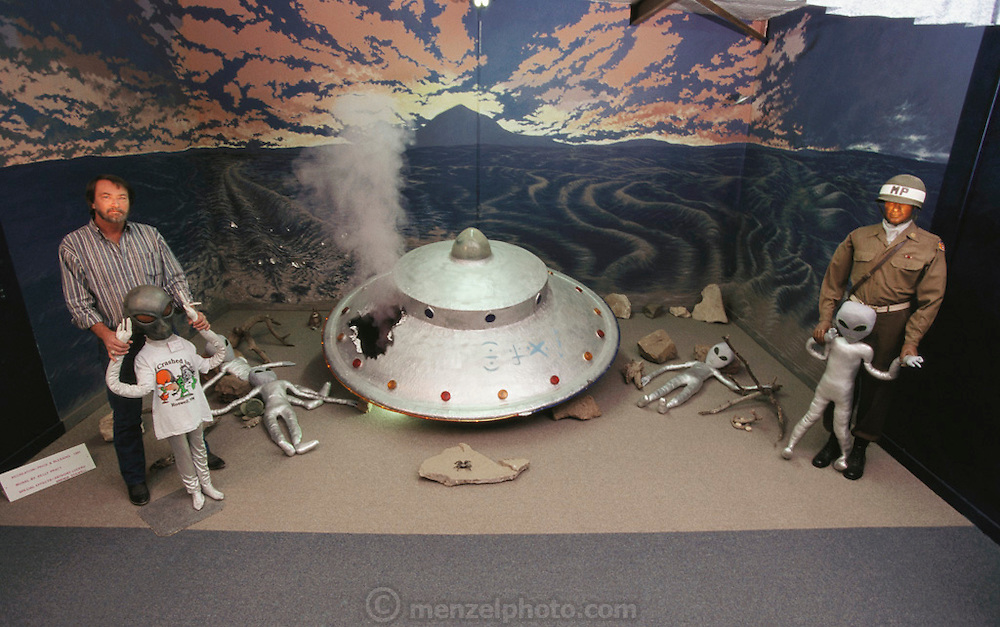