Communicating with computers. Richard Bolt. Bolt is working on multi-modal interaction using speech, gesture, and gaze. He is attempting to program computers to interact with their users by non-standard (keyboard, mouse) methods. Using off the shelf hardware (cyber gloves, head-mounted eye-tracking gear, and magnetic space sensing cubes that are sewn into clothing), he and his students are creating systems whereby a user would not have to be skilled to interact with a computer. He wants, "normal interaction with the machine--like you would with a human. This will open the information highway to the world that cannot use computers." His view of the future includes large screens, flat wall, or holographic screens which "spread-out information in space, like the real world." MODEL RELEASED.(1994) 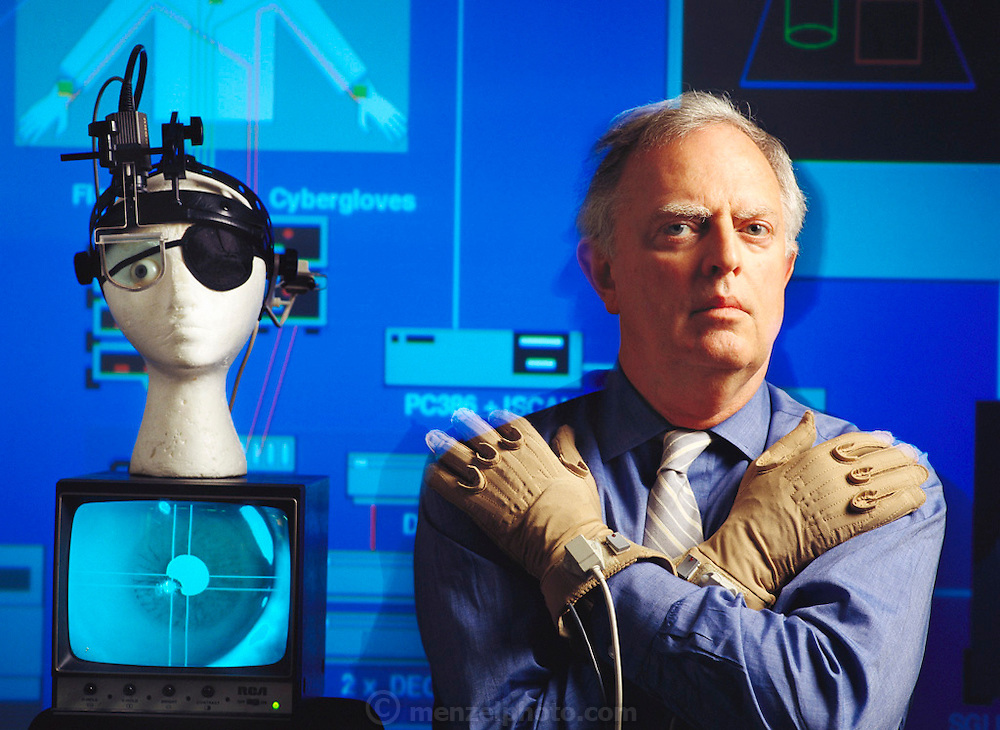