Hungarian-born American physicist Edward Teller, who is best known as "the father of the hydrogen bomb". Seen here at his home in Stanford, California with his wife in their living room. Born in 1908, he obtained his Ph.D. at the University of Leipzig. He left Europe in the 1930s because of the Nazi threat. During World War II he worked at Los Alamos on the development of the atom bomb. In the late 1940s & early 1950s he championed development of the H-bomb & achieved the crucial technical breakthrough that made the bomb possible. The first H-bomb was exploded in the South Pacific in 1952. MODEL RELEASED.Teller died in Stanford, California on September 9, 2003. 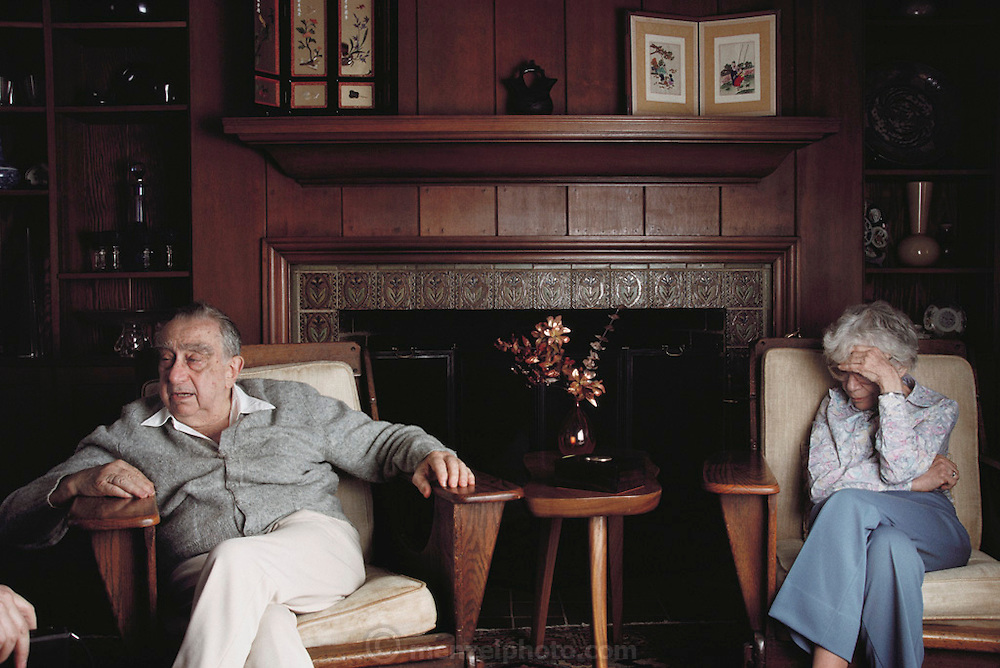