While Emil Madsen stows away the gear and winches the boat ashore, his nephew Julian and son Abraham drag the freshly killed seal up to the house, followed by inquisitive dogs licking up the trail of blood at Cap Hope village, Greenland. (Emil Madsen is featured in the book What I Eat: Around the World in 80 Diets.) Although the boys are almost staggering with tiredness (it is 1:30 in the morning) they haul the animal inside, leaving it in the hallway by the bathroom overnight. 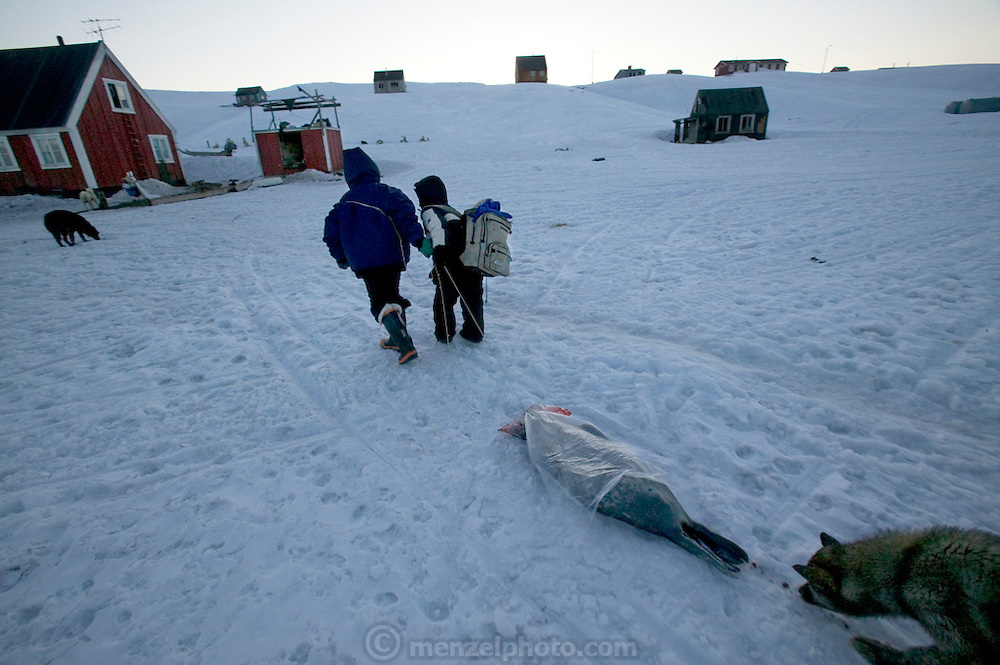