Corey Wilson and John Wilson, members of the Dinosaur Cove excavation team, drill holes in the working face of the mine to allow explosives to be placed. The explosives are used to dislodge large pieces of rock, which are then removed and checked for fossil remains. Dinosaur Cove is the world's first mine developed specifically for paleontology, normally the scientists rely on commercial mining to make the excavations. The site is of particular interest as the fossils found date from about 100 million years ago, when Australia was much closer to the South Pole than today. MODEL RELEASED [1989]. 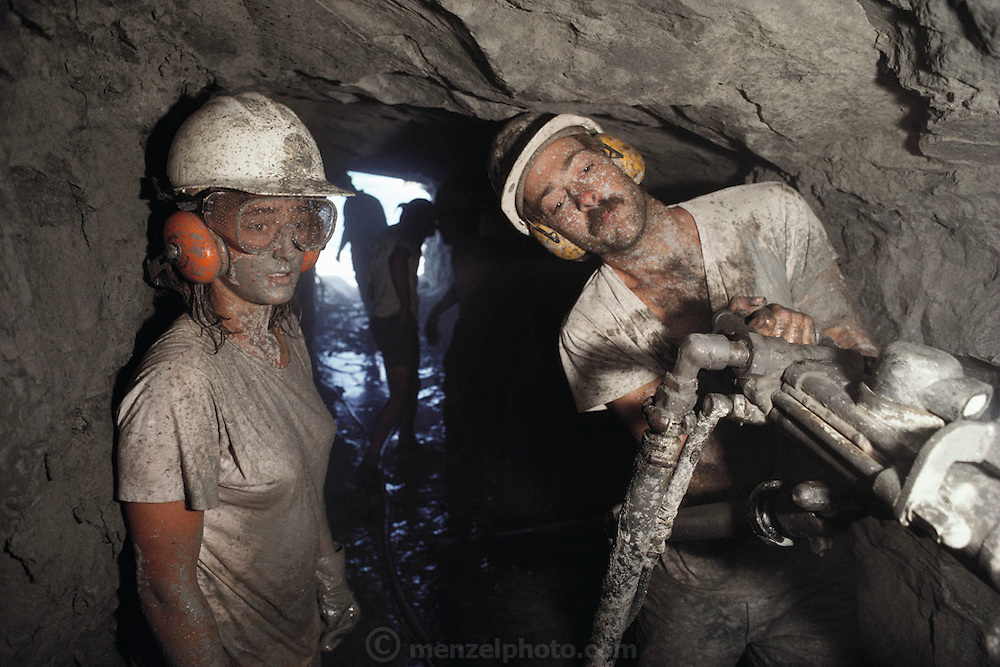