(MODEL RELEASED IMAGE). Erika Madsen begins to clean the seal her husban Emil shot and son Abraham and nephew Julian left in the hall. After cleaning, she will cook the best meat for her family, feed the remains to the sled dogs, then dry and sell the sealskin. Seal continues to be an important source of meat for some Greenlanders, but for many, Danish food has replaced it in the native diet. Cap Hope, Greenland. (Supporting image from the project Hungry Planet: What the World Eats.) 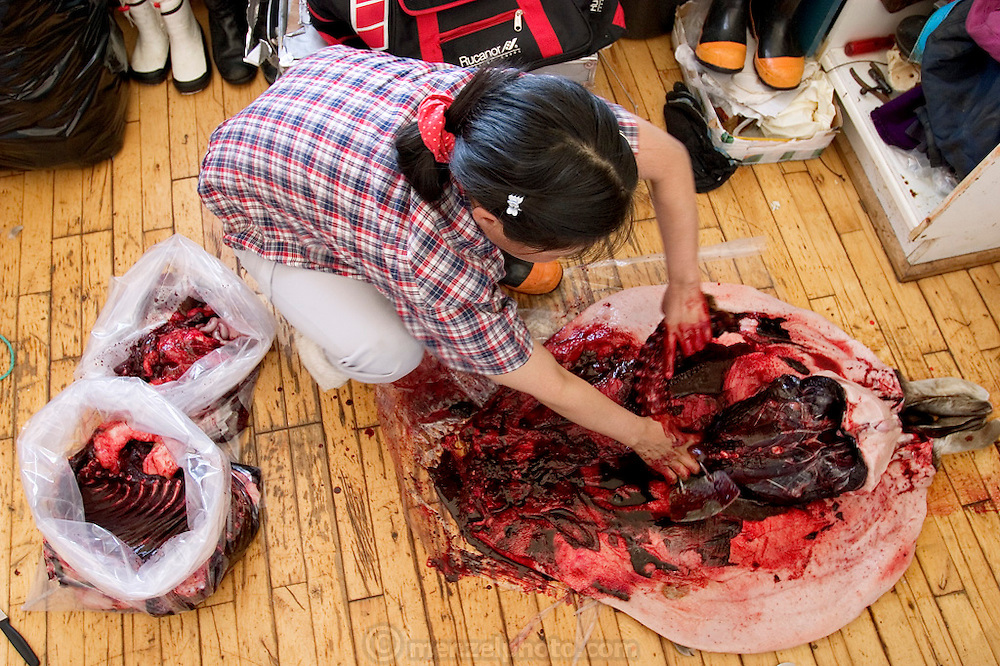