Alan Weinstein from the Stanford Linear Collider (SLC) experiment, seen with a computer-simulated collision event between an electron and a positron. The SLC produces Z-zero particles by this collision process, which takes place at energies high enough for the electron and positron to annihilate one another, the Z-zero left decaying rapidly into another electron/positron pair or a quark/anti-quark pair. The Z-zero is one of the mediators of the weak nuclear force, the force behind radioactive decay, and was discovered at CERN in 1983. The first Z-zero seen at SLC was detected on 11 April 1989. MODEL RELEASED [1988] Menlo Park, California. 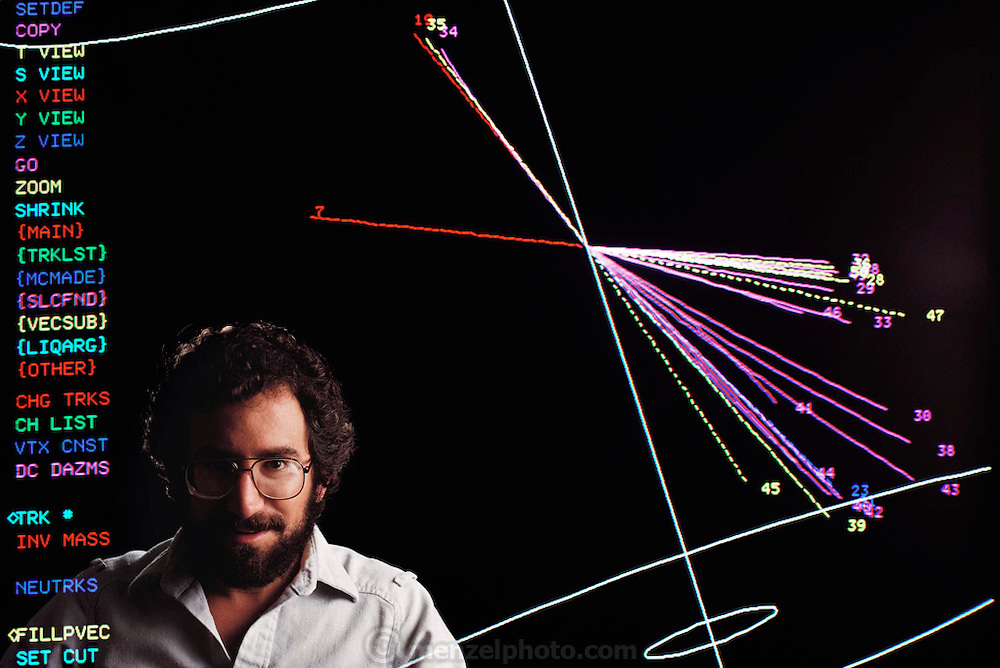