Seal hunter Emil Madsen stops to look for prey (polar bears, seals, musk ox, and geese) while the dogs take the moment to rest near Cap Hope village, Greenland. (Emil Madsen is featured in the book What I Eat: Around the World in 80 Diets.) The caloric value of his typical day's worth of food in May was 6500 kcals. He is 40 years of age; 5 feet, 8.5 inches tall; and 170 pounds. Here he is looking for seals near the ice edge (a giant iceberg is in the open water in the background) The family has been traveling by dogsled for a good portion of the day. When the snow crust is hard enough to ensure that the dogs won't break through, they can pull the half-ton weight of the sled for hours on end. On level ground, the animals pull at about the pace of a running human, but the sleds can whip down hills so fast that drivers must step on the brake at the rear of the sled to avoid running over their dogs. 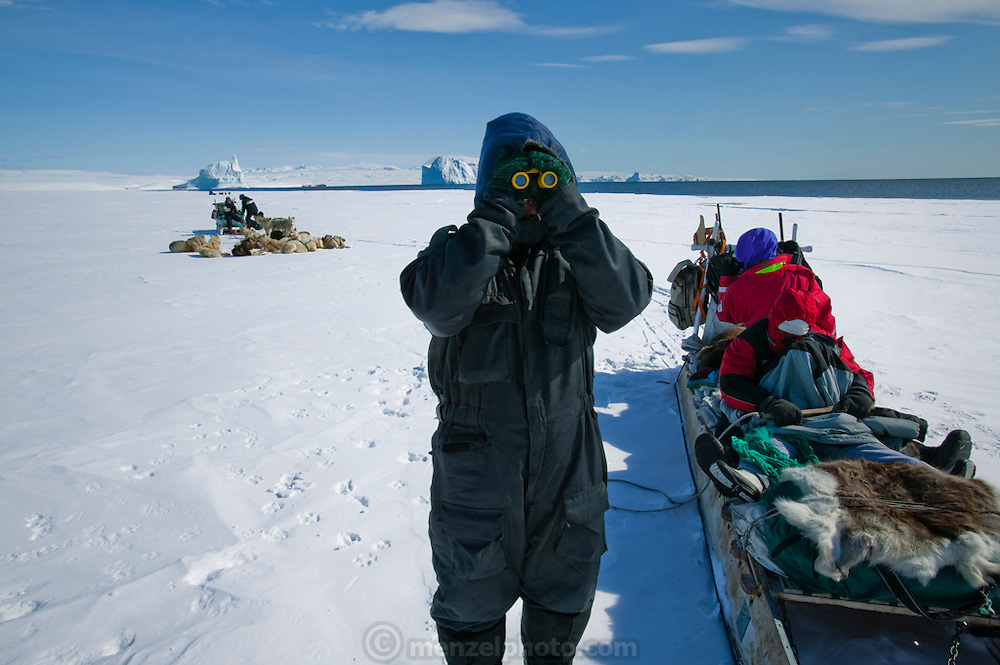