Death is part of the fabric of life for Hindus and like much of Indian society, takes place in open view. In the early morning men and women wash clothes in the river, slapping dhoti, saris, and other pieces of clothing against rocks and cement slabs as others tend to the bodies burning on the shore at Harishchandra Ghat. A man uses a long bamboo pole that once was part of the litter fashioned to carry a body to the cremation grounds at Harishchandra Ghat to flip the unburned legs and arms back into the fire. He uses the pole to smash the skulls open as well so that it burns more easily. The Harishchandra Ghat (also known as the Harish Chandra Ghat) is the smaller and more ancient of the two primary cremation grounds in Varanasi, on the banks of the Ganges River. 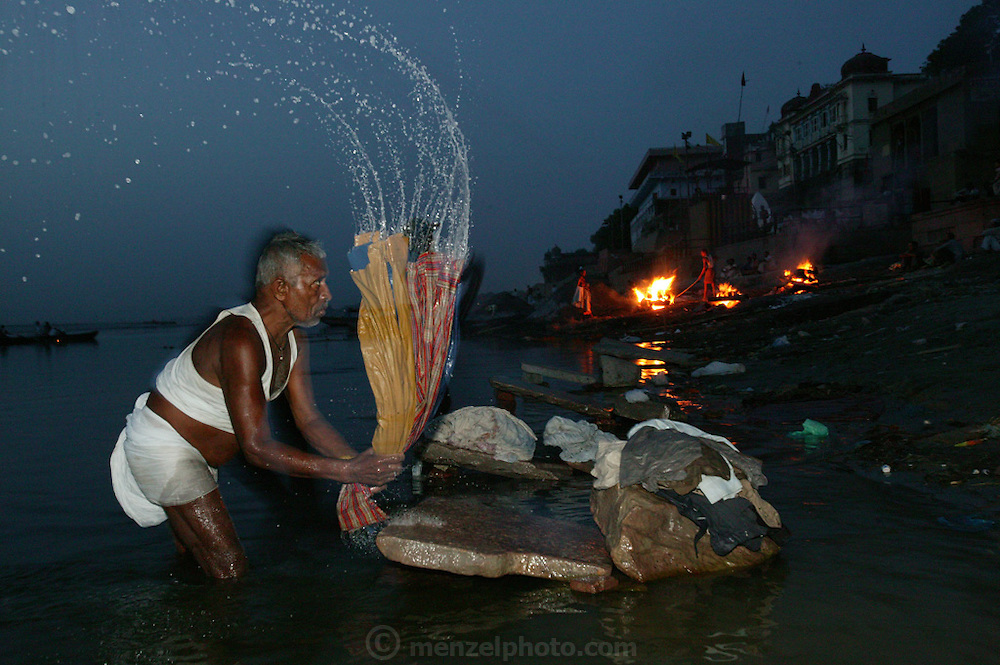