A woman eats pancit (noodles) as she waits for buyers of any of her hundreds of Santo Niño and other religious statues during the Philippines festival of the Santo Niño. Many Filipinos in this predominantly Catholic population have similar statues, which they parade through the streets once a year. The tourism department of the Philippines calls Metro Manila's Santo Niño Festival "a grand procession of over 200 well-dressed images of the child Jesus." (Supporting image from the project Hungry Planet: What the World Eats) The family of Angelita Cabaña of Manila has their own Santo Niño statue in the living room of their small home. 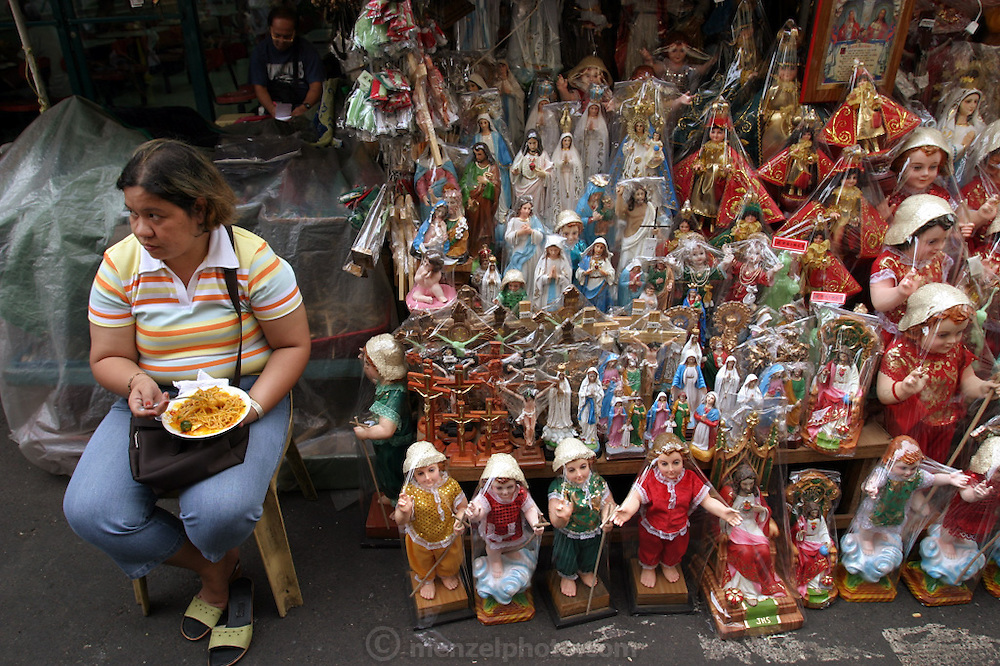