(MODEL RELEASED IMAGE). On the way back from Mackas (Aussie slang for McDonald's), 15-year-old Kayla Samuals (in 50 Cent T-shirt) rips open the Spy Kids 3-D comic book that the restaurant awards to purchasers of Happy Meals. Like her half-sister Sinead Smith (drinking) and her friend Amelia Wilson, Kayla is from an Aboriginal family whose roots lie in the arid outback. But the girls have little interest in outback cuisine; at least for now, Mackas is their culinary mecca. They are visiting a MacDonald's near their home in Riverview, (near Brisbane) Australia. (Supporting image from the project Hungry Planet: What the World Eats.) The Brown family is one of the thirty families featured, with a weeks' worth of food, in the book Hungry Planet: What the World Eats. 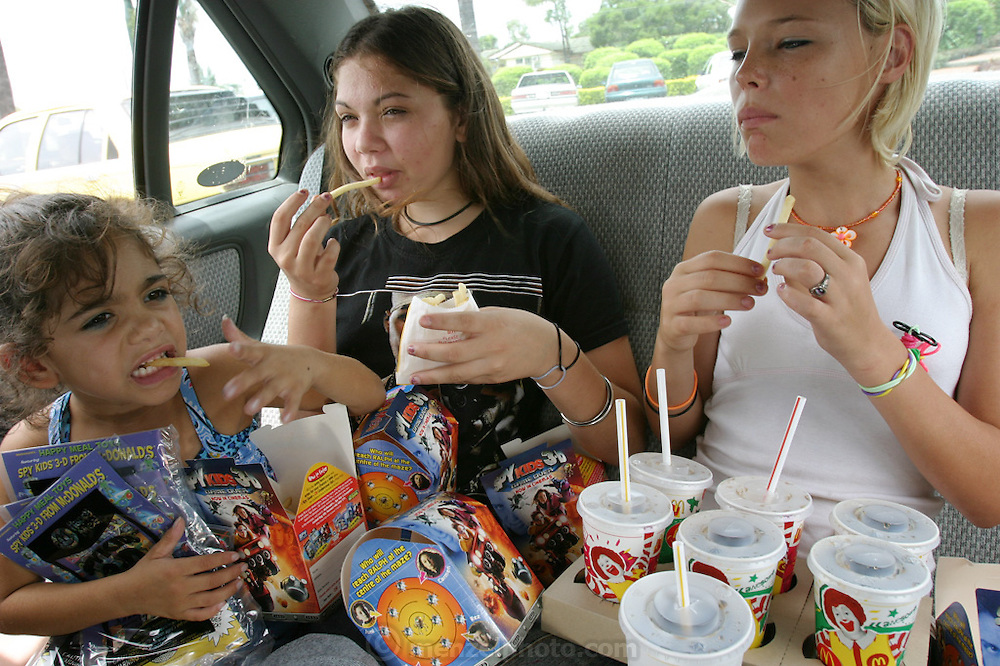