Summer lightning storm over Tucson, Arizona from Tumamoc Hill with Saguaro cactus. Storms erupt regularly during Arizona summers due to the moist air that flows in from the Gulf of California then collides with nearby mountains and is forced upward, where it condenses into thunderclouds. ..Lightning occurs when a large electrical charge builds up in a cloud, probably due to the friction of water and ice particles. The charge induces an opposite charge on the ground, and a few leader electrons travel to the ground. When one makes contact, there is a huge backflow of energy up the path of the electron. This produces a bright flash of light, and temperatures of up to 30,000 degrees Celsius. Tucson, Arizona, USA. (1992) 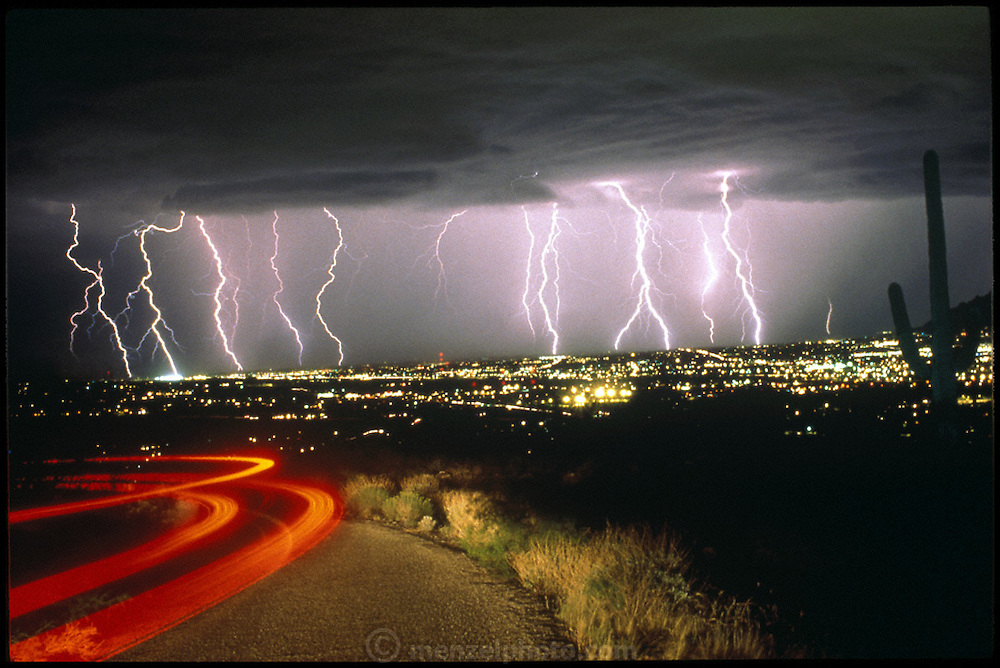