The burning Al Burgan oil fields in Kuwait after the end of the Gulf War in May of 1991 were covered in oil that rained down from the clouds of oil smoke and oil shooting into the air after a fire had been extinguished. More than 700 wells were set ablaze by retreating Iraqi troops creating the largest man-made environmental disaster in history. Here a fire fighting crew from Wild Well Control sprays water on a fire so that they can move closer with heavy equipment and attempt to stop the flow with a "stinger?. A stinger is a tapered pipe on the end of a long steel boom controlled by a bulldozer. Drilling mud, under high pressure, is pumped through the stinger into the well, stopping the flow of oil and gas. 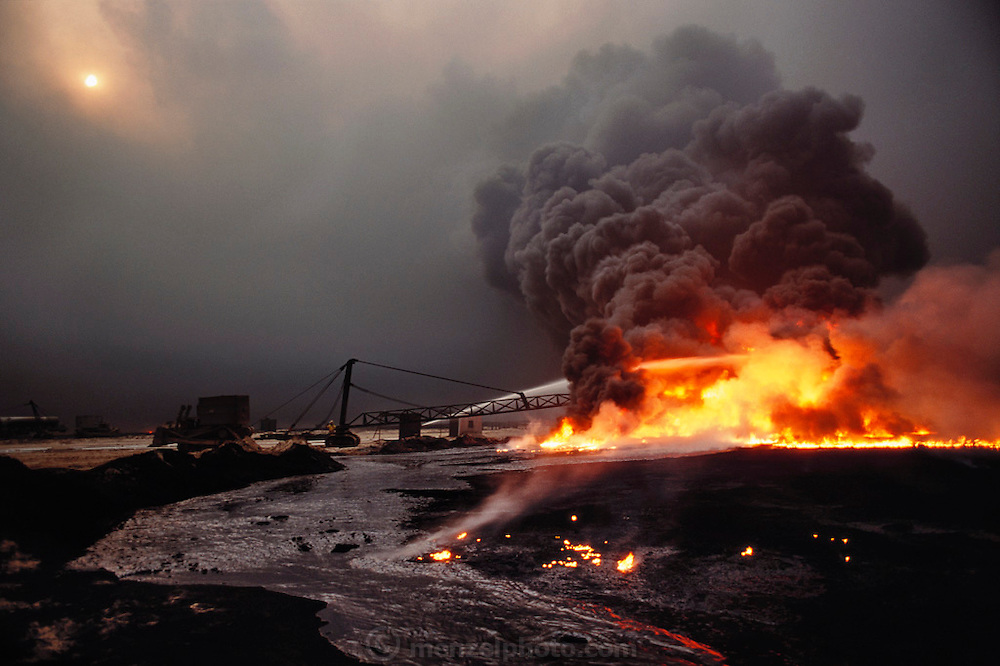