Fossil mammoth site. View of the largest collection of Columbian mammoth fossils (Mammuthus columbi) in the Western Hemisphere. Visitors receive a commentary while looking at excavated bones at the Hot Springs Mammoth Site in South Dakota, USA. Here, the fossilized skeletons of at least 43 mammoths lie, buried for 26,000 years. It is thought these animals became trapped in a large sinkhole when they came to drink water. Mammuthus columbi was a giant elephant-like mammal, some 4 meters in height, which roamed temperate parts of North America. It was an important later relative of the woolly mammoth of Europe and Siberia. This fossil site was discovered in 1974. Judy Davids with flashlight. 1992. 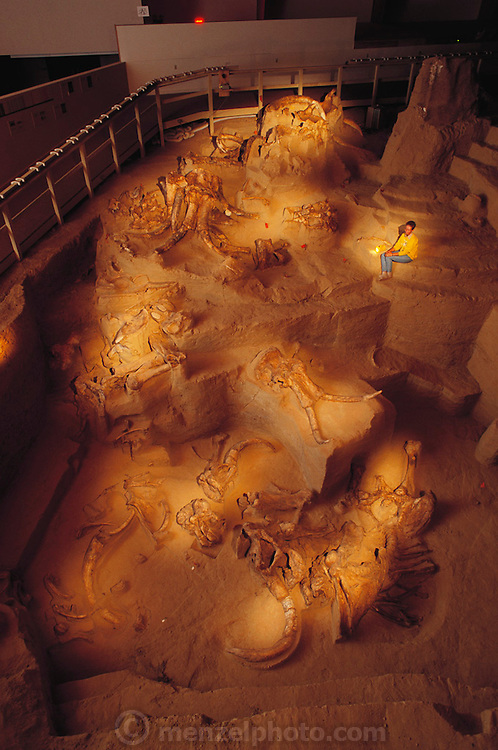