U.S. Army officer Curtis Newcomer eats chili mac, his favorite MRE, at lunch time at the National Training Center at Fort Irwin in California's Mojave Desert. (From the book What I Eat: Around the World in 80 Diets.) The caloric value of his day's worth of food in the month of September was 4,000 kcals. He is 20; 6'5" and 195 pounds. His weapon is fitted with a laser that interacts with receivers worn by all of the soldiers and actors in the training exercise, regardless of duty, rank, or location in the training theater. At left: After the second of three mock battles of the day, Iraqis and Americans playing soldiers, victims, and insurgents relax together in the shade until the next 20 minutes of choreographed crisis. MODEL RELEASED. 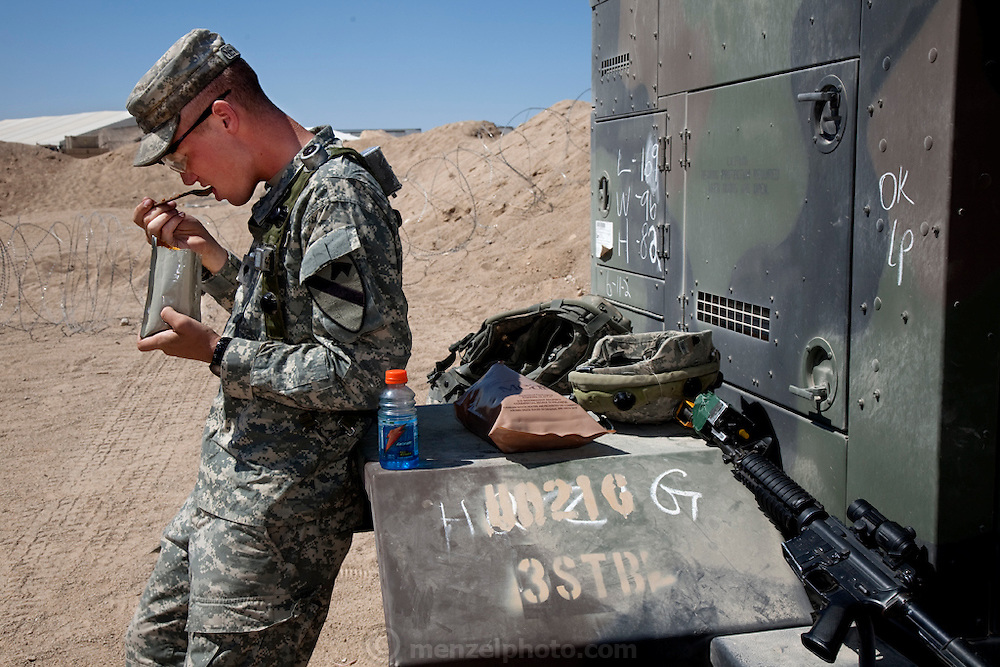