Proton decay experiment to determine the ultimate stability of matter. Dr. Masatoshi Koshiba, director of Tokyo University's Proton Decay Experiment. Dr. Koshiba is seen holding one of the 1,000 50 centimeter photomultiplier tubes that line the 12-meter deep tank of water that forms the experiment. The water contains enough protons to provide an average of one decay event per year, an event that may be detected by these tubes as the particles from the decay cause a visible light phenomenon known as Cerenkov radiation. The experiment is taking place 914 meters underground in a zinc mine below Mt. Ikenoyama to minimize the effects of cosmic rays..Japan. MODEL RELEASED (1985) 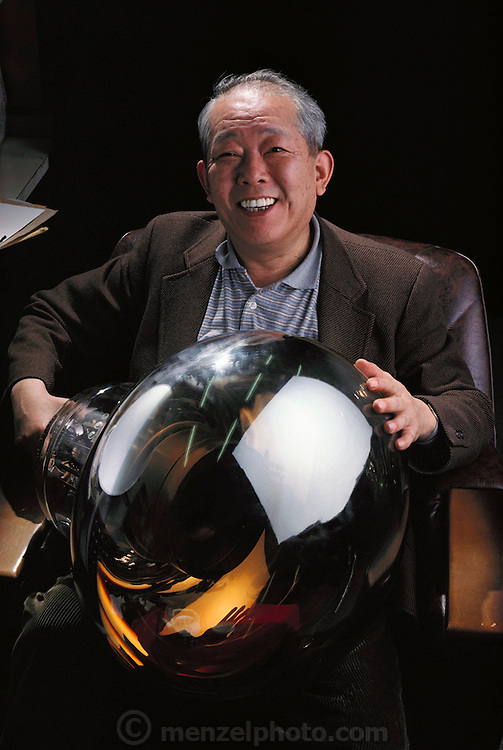