Curtis Newcomer, a U.S. Army soldier, with his typical day's worth of food at the National Training Center at Fort Irwin in California's Mojave Desert. (From the book What I Eat: Around the World in 80 Diets.) The caloric value of his day's worth of food in the month of September was 4,000 kcals. He is 20 years old; 6 feet, 5 inches tall; and 195 pounds. During a two-week stint before his second deployment to Iraq, he spends 12-hour shifts manning the radio communication tent (behind him). He eats his morning and evening meals in a mess hall tent, but his lunch consists of a variety of instant meals in the form of MREs (Meals, Ready-to-Eat). His least favorite is the cheese and veggie omelet. ?Everybody hates that one. It's horrible,? he says. A mile behind him, toward the base of the mountains, is Medina Wasl, a fabricated Iraqi village?one of 13 built for training exercises, with hidden video cameras and microphones linked to the base control center for performance reviews. MODEL RELEASED. 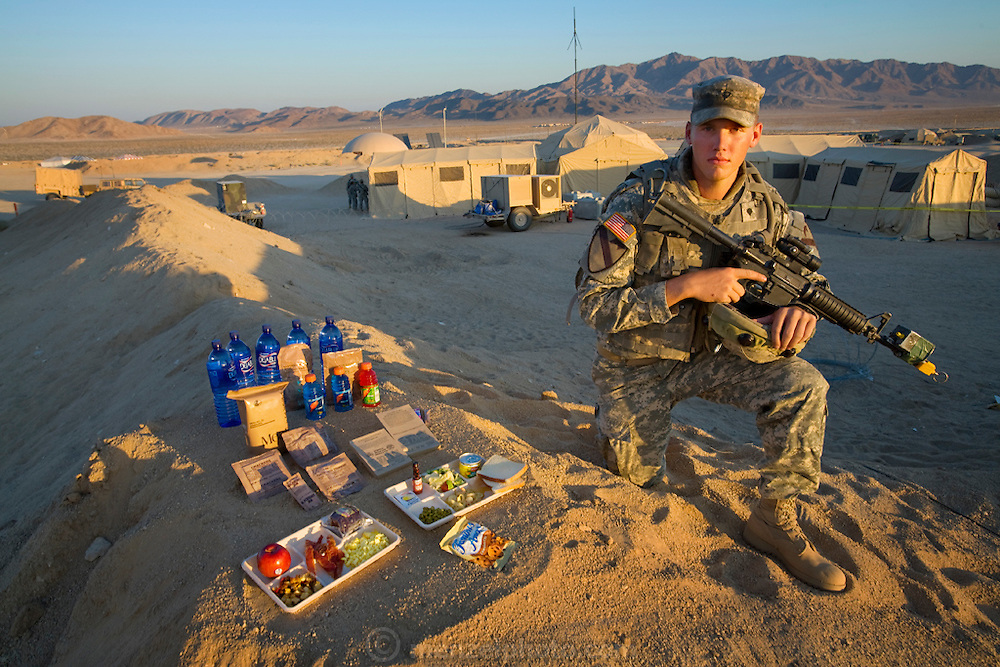