Gers and hand built homes without water or plumbing sprang up on the outskirts of Ulaanbaatar, Mongolia as more and more of Mongolia's rural population moved to the capital city to find work. (Gers are circular tent-like dwellings with a collapsible wooden frame covered in animal skins, felt, and/or canvas. It serves as a home for shepherds and families alike. Traditionally, the structures fit the lifestyle of the largely nomadic Mongols. As the population became more stationary, the ger continued to be used as animal skins and wool felt were, and are, easier to procure while more western style building materials were expensive and scarce.) From coverage of revisit to Material World Project family in Mongolia, 2001. 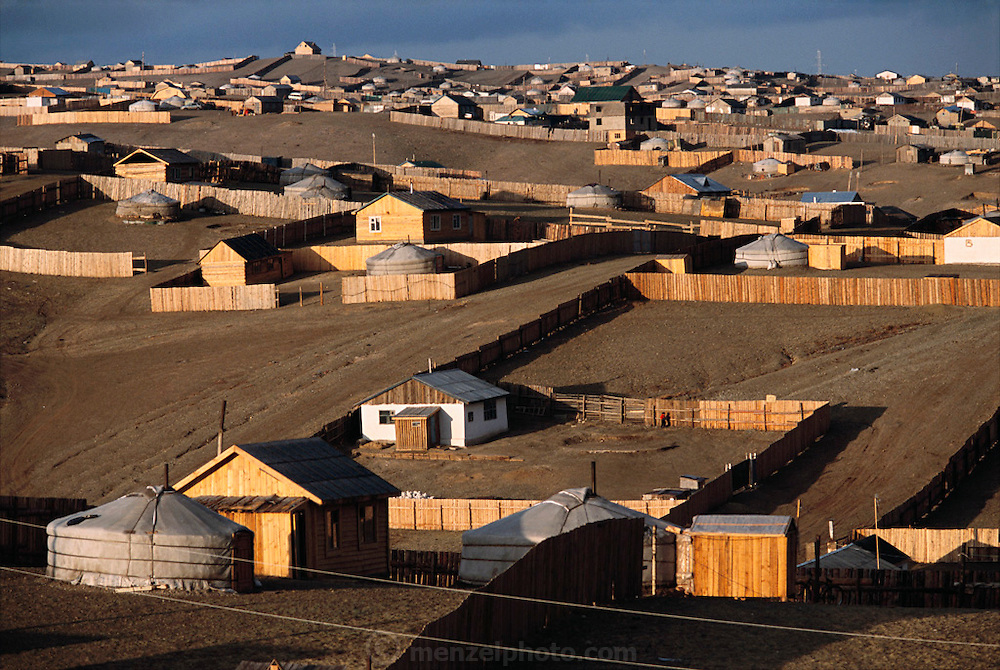