USA_SCI_BIOSPH_77_xs
The Biosphere 2 Project’s twenty-seven foot test module at night with auto lights passing by. Norberto Alvarez-Romo is monitoring the conditions inside while standing outside logged on to the system’s computer. Biosphere 2 was a privately funded experiment, designed to investigate the way in which humans interact with a small self-sufficient ecological environment, and to look at possibilities for future planetary colonization. The $30 million Biosphere covers 2.5 acres near Tucson, Arizona, and was entirely self- contained. The eight ‘Biospherian’s’ shared their air- and water-tight world with 3,800 species of plant and animal life. The project had problems with oxygen levels and food supply, and has been criticized over its scientific validity. 1986 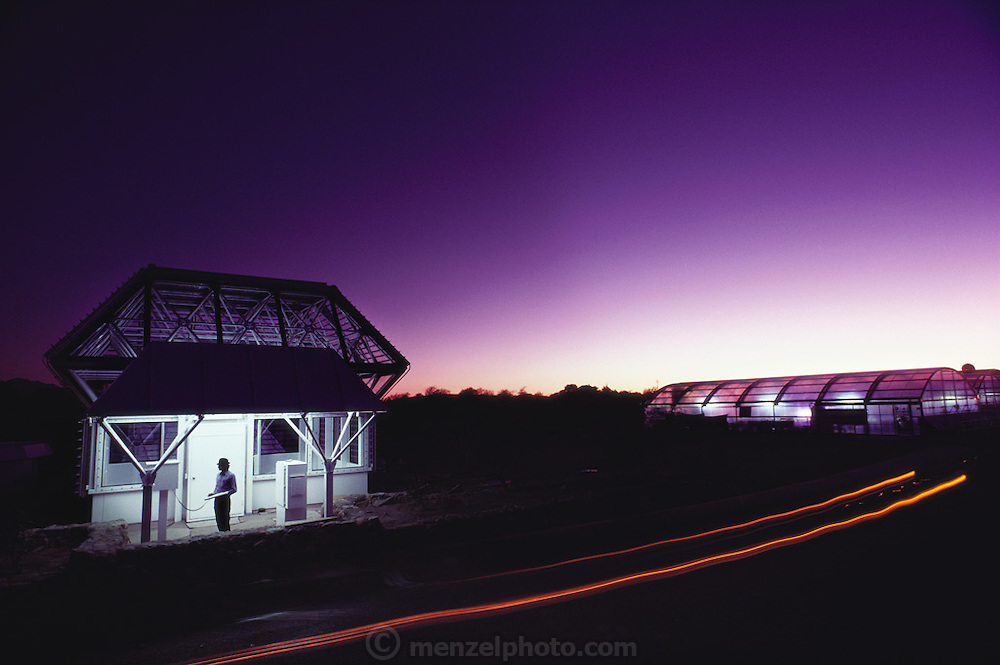