The Media Lab at Massachusetts Institute of Technology (MIT), Cambridge, Massachusetts. The Counter Intelligence program at MIT Media Lab in Boston, Massachusetts is focusing on developing a digitally connected kitchen of the future. By exploring new technologies they hope to expand the art of food preparation as well as social interactions in the kitchen. One aspect of their research is to create kitchen utensils that contain memories. In this image a digital nose sniffs a handful of garlic. While the project is ongoing, these images were shot in 1999. Mat Gray (Model Released) with digital nose, which detects aromas and smells. (1999) 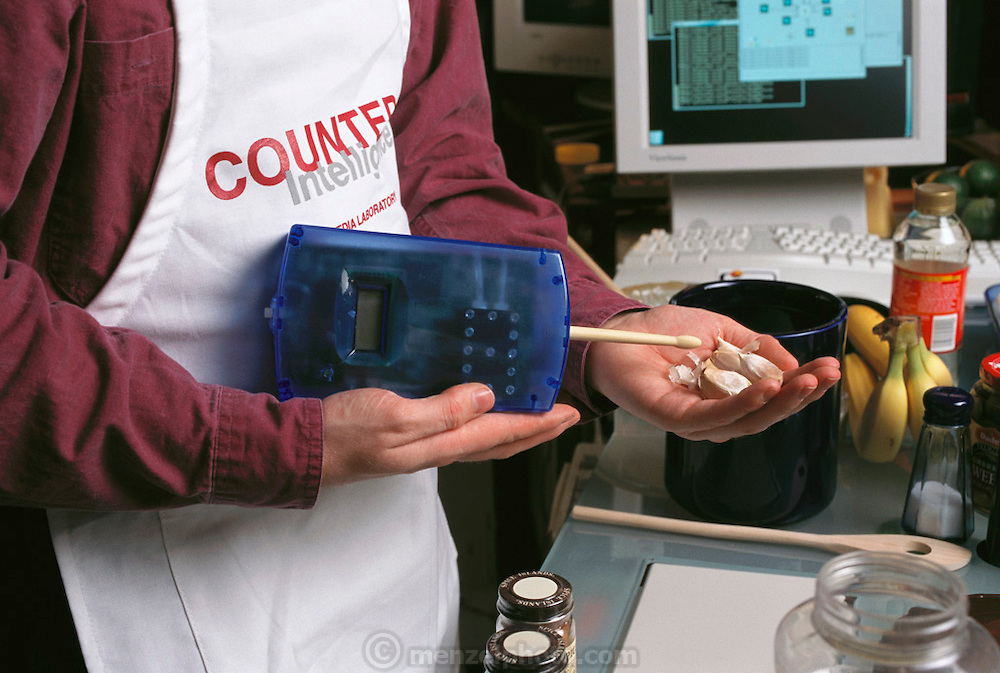