Soumana Natomo (far left, in blue) walks into the village market. (Supporting image from the project Hungry Planet: What the World Eats.) The Natomo family of Kouakourou, Mali, is one of the thirty families featured, with a weeks' worth of food, in the book Hungry Planet: What the World Eats. Grocery stores, supermarkets, and hyper and megamarkets all have their roots in village market areas where farmers and vendors would converge once or twice a week to sell their produce and goods. In farming communities, just about everyone had something to trade or sell. Small markets, like the one pictured here, are still the lifeblood of communities in the developing world. 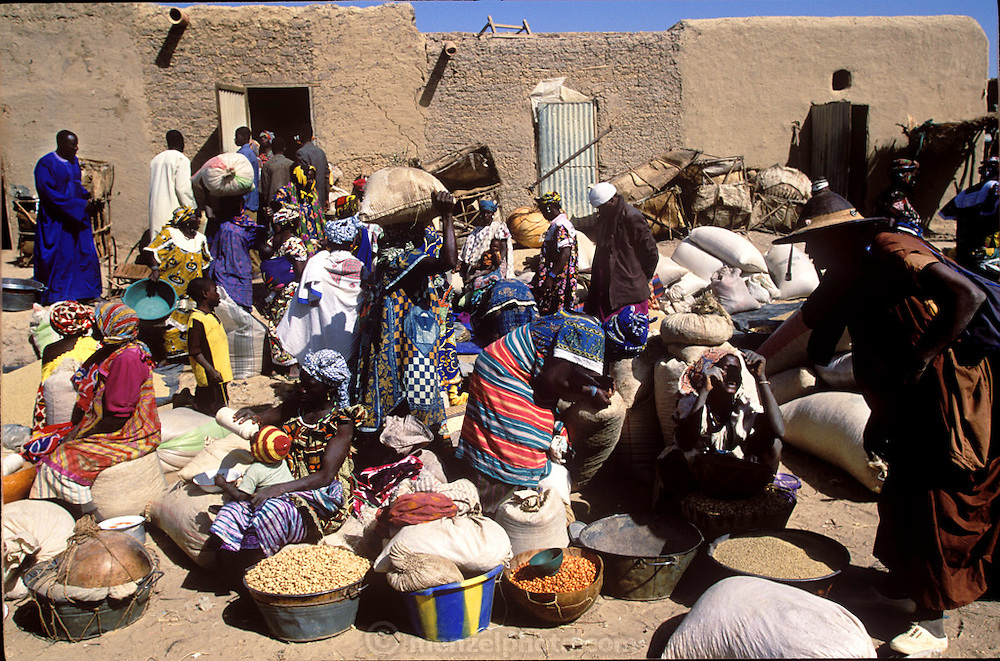