A tourist takes pictures in the Dead Vlei, a clay pan located near the more famous salt pan of Sossusvlei, southwestern Namibia. Dead Vlei is surrounded by the highest sand dunes in the world, some reaching up to 300 meters, which rest on a sandstone terrace. The clay pan was formed after rainfall, when the Tsauchab river flooded, creating temporary shallow pools where the abundance of water allowed camel thorn trees to grow. When the climate changed, a drought hit the area, and sand dunes encroached on the pan, which blocked the river from the area. The trees died, as there no longer was enough water to survive. Sossusvlei is a clay pan in the central Namib Desert, lying within the Namib-Naukluft National Park, Namibia. Fed by the Tsauchab River, it is known for the high, red sand dunes which surround it forming a major sand sea. Vegetation, such as the camelthorn tree, is watered by infrequent floods of the Tsauchab River, which slowly soak into the underlying clay. -Wikipedia 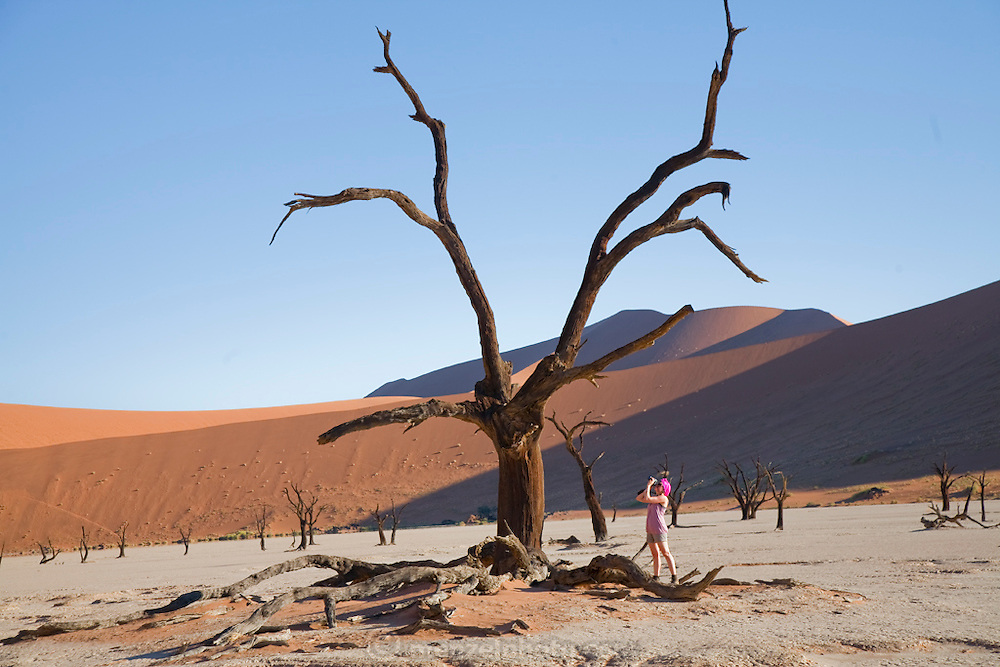