Rocketdyne Corporation: Canoga Park (near Los Angeles), California; a division of Rockwell Aerospace in 1986. Technician seen here checking welds on rockets engine cone with ultraviolet light. Rocketdyne is the premier rocket engine design and production company in the United States. The company was related to North American Aviation (NAA) for most of its history. NAA merged with Rockwell International,, which was then bought by Boeing in December, 1996. In February, 2005, Boeing reached an agreement to sell Rocketdyne to Pratt & Whitney, and this transaction was completed on August 2, 2005. 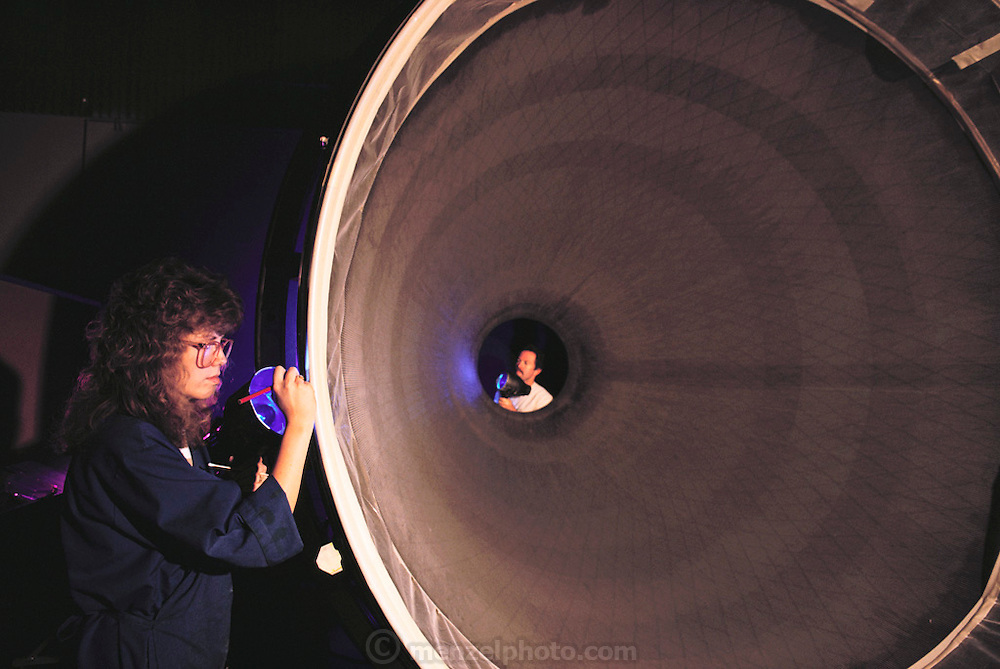