Operated by the Department of Energy (DOE), the National Atomic Museum contains a large collection of declassified nuclear technology. Since its opening in 1969, the objective of the National Atomic museum has been to provide a readily accessible repository of educational materials, and information on the Atomic Age. In addition, the museum's goal is to preserve, interpret, and exhibit to the public memorabilia of this Age. In late 1991 the museum was chartered by Congress as the United States' only official Atomic museum. A family inspects Little Boy and Fat Man, the atomic bombs dropped on Japan. There were two of each built in case the first one failed to explode. Los Alamos, New Mexico. (1984).Information about the National Atomic Museum from .http://www.atomicmuseum.com/ [moved from lot 4] 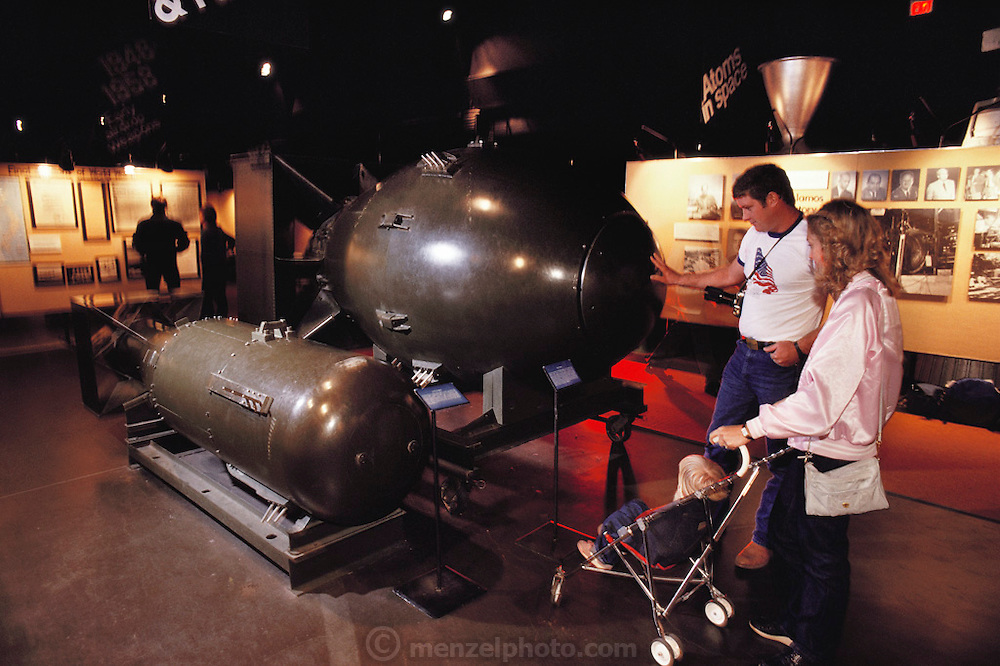