Seal hunter Emil Madsen shouts commands to his dogs as they try to get over a crack in the ice near Cap Hope Village in Greenland. (Emil Madsen is featured in the book What I Eat: Around the World in 80 Diets.) Getting over these cracks can be very dangerous as there is always the very serious worry of falling in. In the spring this can be dangerous because the ice is breaking up and sometimes huge pieces break off and move out to sea. When the snow crust is hard enough to ensure that the dogs won't break through, they can pull the half-ton weight of the sled for hours on end. On level ground, the animals pull at about the pace of a running human, but the sleds can whip down hills so fast that drivers must step on the brake at the rear of the sled to avoid running over their dogs. MODEL RELEASED. 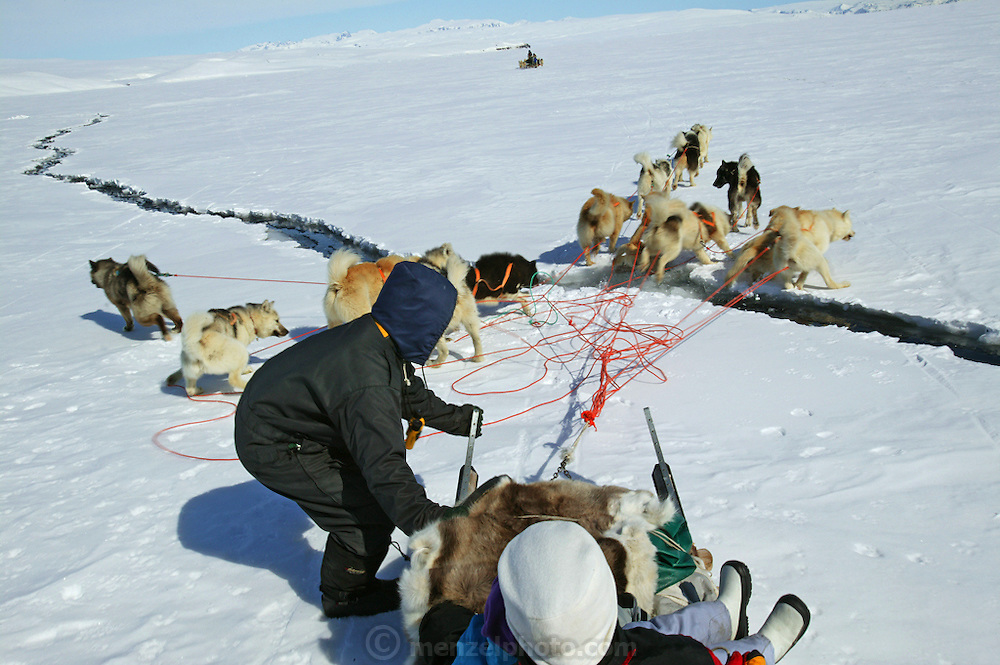