Painted pink to give competitors a false sense of its harmlessness, Mouser Catbot 2000 has two deadly sawblades in its nose and tail and a hidden flipper on its back for overturning enemy robots. Built by Californians Fon Davis and April Mousley (left to right), the machine deftly trounced Vlad the Impaler, a larger machine with a hydraulic spike that shot from its snout at Robot Wars, a two-day festival of mechanical destruction at San Francisco's Fort Mason Center. California. From the book Robo sapiens: Evolution of a New Species, page 205. 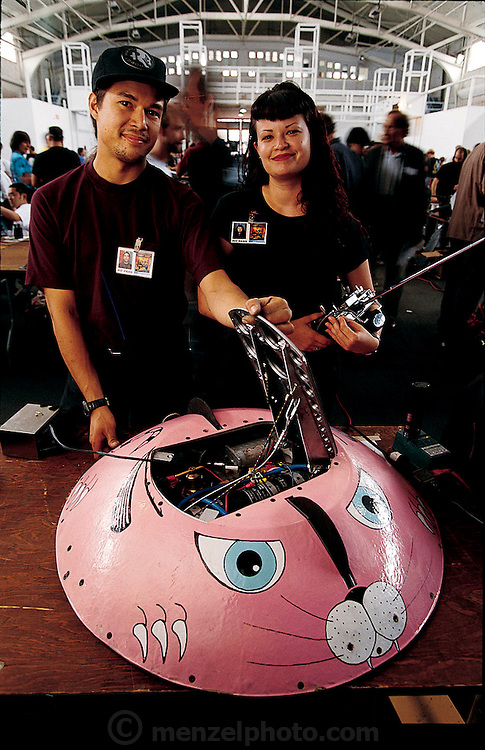